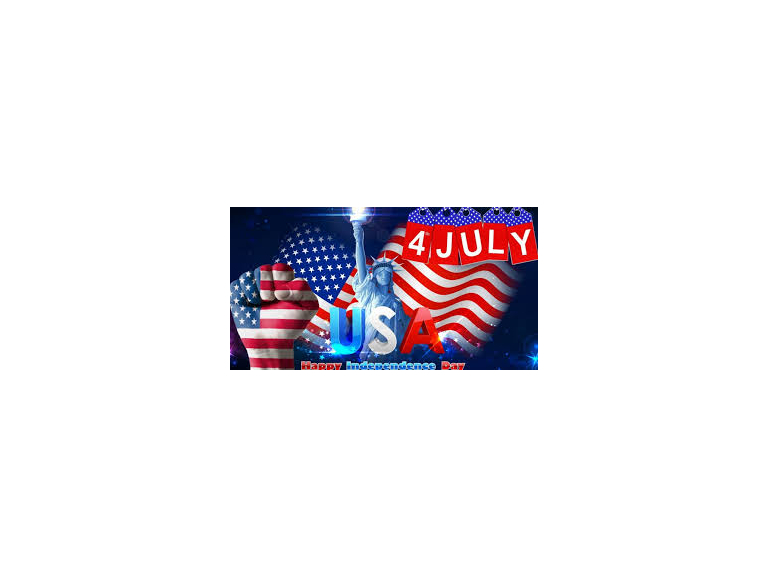 What Is The 4th July?

4th July is the most significant National holiday in the USA.  It celebrates the Declaration of Independence, adopted on 4 July, 1776.  The Thirteen Colonies of America declared themselves as states and no longer part of the British Empire.

What Is It's History?

These agricultural colonies were run by the British - who had been present on the continent since 1587 - and exploited for their resources, in particular tobacco.

While the relationship between the settlers and British was once amicable, tensions began to escalate over British laws and taxes (especially The Sugar Tax) driven by British financial needs. From 1765, some settlers began to demand, 'no taxation without representation' and calling for their voice to be heard in the British Parliament.

This tension erupted into fighting and acts of dissent, such as The Boston Tea Party in 1773.  The event was a protest against the Tea Act, legislation which gave the British East India Company a monopoly on sales of tea in the Thirteen Colonies.

Further ill feeling was caused by the Coercive Acts, which were implemented in response to the Boston Tea Party.  The laws took power away from semi-autonomous Massachusetts.  In response to these factors, Continental Congresses – a meeting of delegates from the Thirteen Colonies – were convened.

At the second meeting, in 1775, a war of independence against Britain was declared.   The next year, the Declaration of Independence was signed by 56 representatives of thirteen self-styled states (previously the Thirteen Colonies).  The signatories included future presidents Thomas Jefferson and Benjamin Franklin.

The conflict continued until the 1783 Treaty of Paris, which ended the war in favour of an independent America.

How has it been celebrated through history?

Fireworks, speeches, parties, feasts and general celebrations have marked the day since the 18th century.  In Bristol, Rhode Island, there was a salute of 13 gunshots in the morning and evening in 1777.  The town has held the nation's longest running Independence Day celebration.

In 1778, George Washington, then a general in the revolutionary army, issued his troops with a double rum ration.

How has the government marked it?

Congress made the day an unpaid national holiday for federal workers in 1870, and in 1938 it became a paid holiday across the country.  Government officials also take part in celebratory functions and make speeches.

How do people celebrate it today?

Firework displays and parties are the most well-known activities associated with Independence Day.  All major cities have fireworks displays and there is also one given by the White House.  As a national holiday, it also serves as an occasion for reunions and holidays.

Happy Holidays To All!