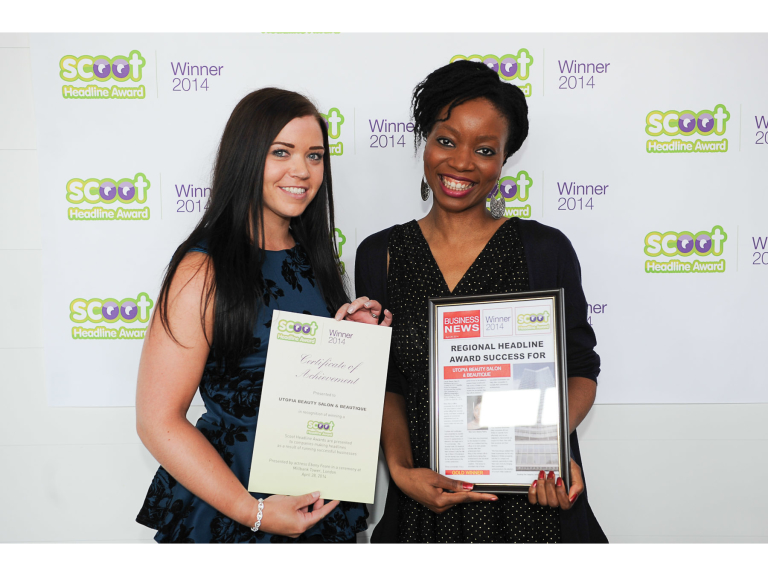 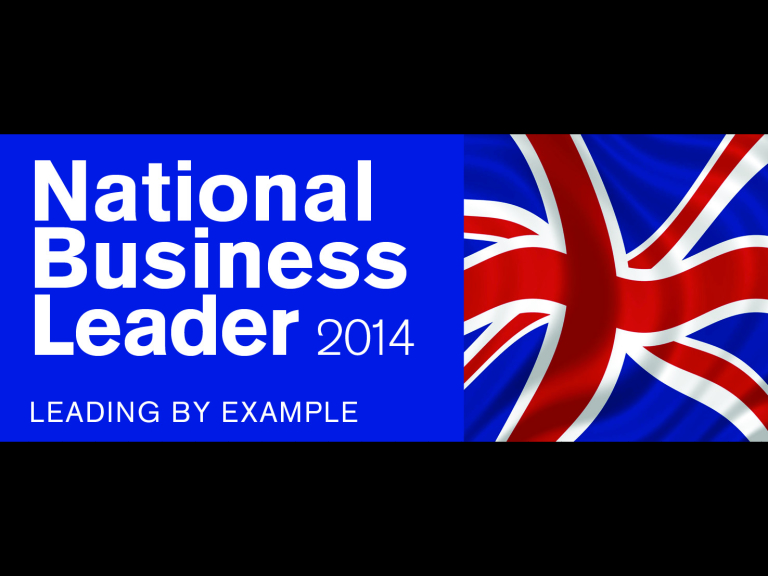 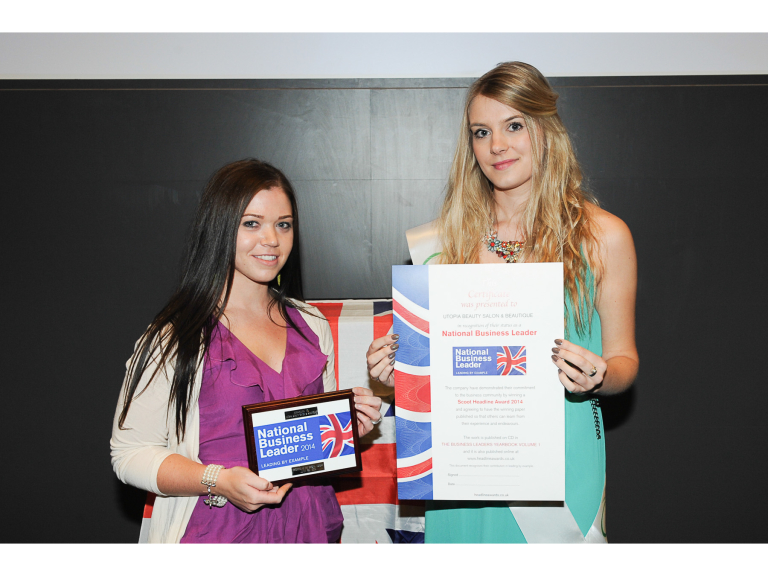 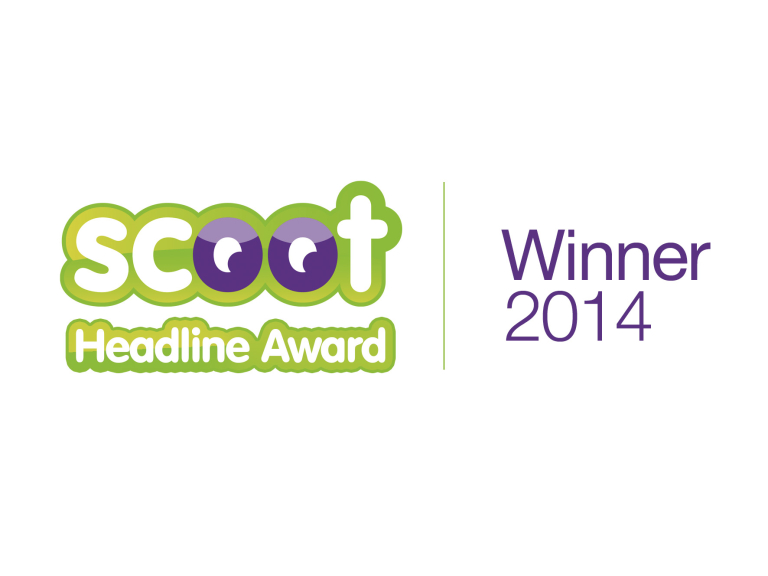 Utopia Beauty Salon competed against more than 400 other nominations in the awards campaign, and they were presented with their trophy and certificate at a glittering presentation ceremony in Millbank Tower, London on April 28.

In presenting their award, the judges commented:

“They say that if you know what you want, nothing will stop you getting it - and Nikki Atkins always wanted to work in beauty therapy, no matter how many teachers and employers predictably advised her against it.  Her training began 11 years ago and she absorbed a wealth of experience before going solo in 2010.  She isn’t solo now - as she has a team of five and premises that she has had to expand to cope with demand, with further plans for a second expansion.   She regularly had a waiting list of up to 20 people wanting treatments – so it is obvious that she is doing something right.”

As a result of this Scoot Headline Award success, Nicola will have her winning paper published in The National Business Leaders Yearbook, the leading work of reference on successful business techniques and best practice, so that others can follow her lead and learn from her achievement.

In recognition of her efforts in helping others to follow her business lead, Nicola was presented with her National Business Leader 2014 insignia at another prestigious ceremony in The Crystal, London, on June 30.