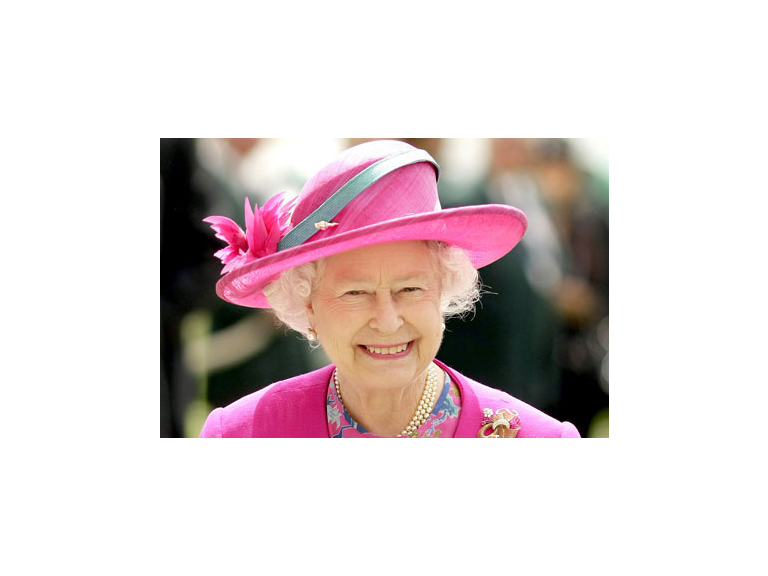 This is a summary of the events to be attended by the Queen over the Diamond Jubilee weekend.

The main programme of events is as follows:

The Queen will attend the Epsom Derby.

The Big Jubilee Lunch: Building on the already popular Big Lunch initiative, people will be encouraged to share lunch with neighbours and friends as part of the Diamond Jubilee celebrations. This may take the form of a traditional street party or a picnic lunch in small or larger groups. This event is being organised by the Big Lunch.

The Thames Diamond Jubilee Pageant: This event will take place on the Thames and consist of up to 1,000 boats assembled from across the UK, the Commonwealth and around the world. The Queen and The Duke of Edinburgh will travel in the Royal Barge which will form the centrepiece of the flotilla.

BBC Concert at Buckingham Palace: There will be a televised Diamond Jubilee Concert at Buckingham Palace with tickets being available to UK residents by public ballot. The musical programme for the concert is still being planned and is expected to feature British and Commonwealth musicians. Details on how to apply for the concert will be available in due course. This event is being organised by the BBC.

The Queen's Diamond Jubilee Beacons: A network of 2,012 Beacons will be lit by communities and individuals throughout the United Kingdom, as well as the Channel Islands, the Isle of Man and the Commonwealth. As in 2002, The Queen will light the National Beacon.

On Tuesday 5 June, the Diamond Jubilee weekend will culminate with a day of celebrations in central London, including a service at St Paul’s Cathedral followed by two receptions, a lunch at Westminster Hall, a Carriage Procession to Buckingham Palace and finally a Balcony appearance, Flypast, and Feu de Joie.

Her Majesty, His Royal Highness, and many Members of The Royal Family, will attend the National Service of Thanksgiving to Celebrate Her Majesty’s Diamond Jubilee at St Paul’s Cathedral on the morning of Tuesday 5th June, to which 2,000 people have been invited.

The Service will commence at 10.30am and will be conducted by the Dean of St Paul’s, The Very Reverend Dr David Ison, and the Archbishop of Canterbury will preach. A special prayer for the Diamond Jubilee will be included in the service. The Order of Service will be released by St Paul’s Cathedral at 3pm on Monday 4th June. It will also be available to download on www.thediamondjubilee.org

Reception at the Mansion House

At 11.30am, The Queen and The Duke of Edinburgh will drive from St Paul’s Cathedral to the Mansion House via St Paul’s Churchyard, Queen Victoria Street, and into the Walbrook Entrance, arriving at 11.35am.

Other Members of the Royal Family will attend a reception at the Guildhall, given by the City of London. The guests will be the full congregation of the St Paul’s Cathedral Service.

The Prince of Wales, The Duchess of Cornwall, The Duke and Duchess of Cambridge, and Prince Henry, will leave the Reception at 12.30pm and drive to Westminster Hall.

The Queen and The Duke of Edinburgh, will drive from Mansion House, departing from the Walbrook Entrance at 12.30pm, to Westminster Hall via Queen Victoria Street, St Paul’s Churchyard, Ludgate Hill, Fleet Street, the Strand, Whitehall and Parliament Square, entering through the Sovereign’s Entrance of the Palace of Westminster, at 12.40pm.

The Diamond Jubilee Lunch is to be given for The Queen by the Livery. The Queen and The Duke of Edinburgh, accompanied by The Prince of Wales and Duchess of Cornwall, The Duke and Duchess of Cambridge, and Prince Henry of Wales will be led by the Lord Great Chamberlain and Black Rod into Westminster Hall at 12.45pm, via the South steps, as a Fanfare is sounded by the State Trumpeters.

The Master Mercer (Mr Thomas Sheldon) will give a short speech, after which Grace is said by the Speaker of the House of Commons.

A small number of representatives from sponsoring livery companies will be present at the lunch, with the vast majority of the guest list of approximately 700 comprising people from all over the country whose trade, craft or profession is represented by one of the many different liveries taking part in the event, together with the charities, schools and other organisations they support. The National Children’s Orchestra of Great Britain will perform a programme of music at the lunch.

At the end of the lunch the Lord Speaker will propose a toast to The Queen, and the National Anthem will be played.

The Processional Route that the Carriage Procession will take will depart from New Palace Yard, up Whitehall to Trafalgar Square, through Admiralty Arch, along the Mall, and into Buckingham Palace through the Centre Gates at 2.40pm.

There will be personnel from all three military services lining the streets for the Procession, military bands along the route, and the Procession will be accompanied by the Sovereign’s Escort. The King’s Troop will fire a 60 gun salute during the Carriage Procession. There will be a Guard of Honour present in the Forecourt of Buckingham Palace.

At just before 3.30pm, The Queen and The Duke of Edinburgh, accompanied by those Members of The Royal Family who were in the Carriage Procession (The Prince of Wales and The Duchess of Cornwall, The Duke and Duchess of Cambridge, and Prince Henry of Wales) will appear on the Balcony. At their appearance, there will be an RAF Flypast and a Feu de Joie from the Forecourt. This is a celebratory cascade of rifle fire given as a salute by The Queen’s Guard, interspersed with the National Anthem played by the Band of the Irish Guards.