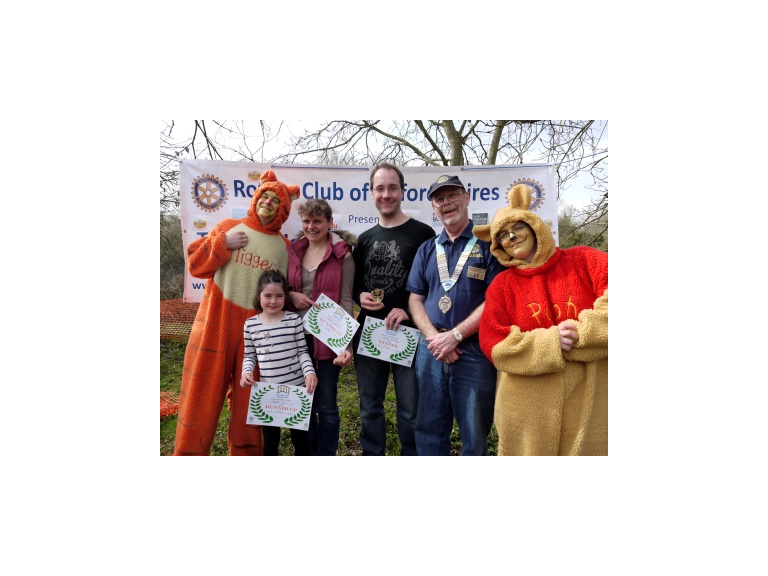 Members of Little Wittenham village provided teas and cakes outside the parish church of St Peters, WSD Rotary Club fired up the BBQ and there were plenty of other activities as well as the main event of Pooh Sticks on both bridges across the River Thames. The event attracted 20 teams of four players and around 440 individual players.

Generously supported by local companies who help organisers cover the cost of staging the championships, the event raises around £3,000 each year for local charities such as the RNLI, Little Wittenham Church and various other charities supported by the Rotary Clubs of Oxford Spires and Wallingford, Sinodun & District.

The prizes were presented by John Greening, Rotary
District 1090 Governor.