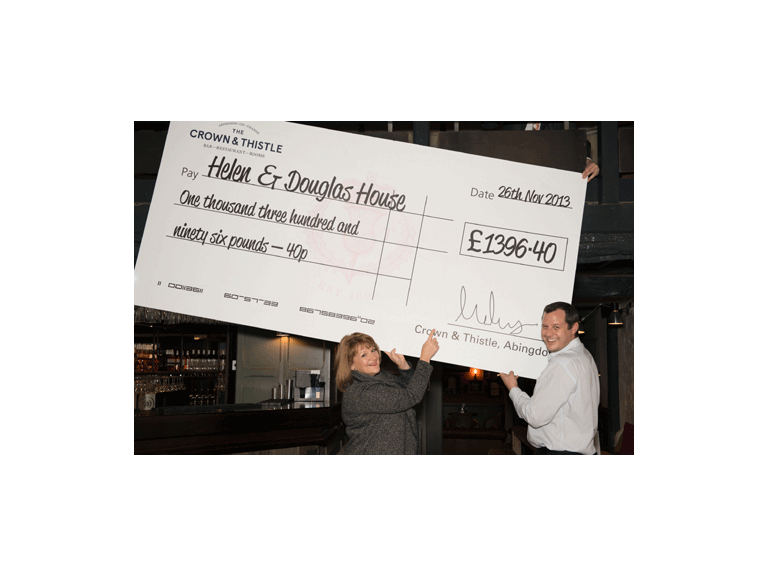 The massive total of £1396.40 was raised at the launch party of The Crown & Thistle following its £1.8 million refurbishment on 26th November from the raffle which raised £675 and the bar takings which were £721.40.

The photo shows the Manager of the Crown & Thistle, Cian McMonagle, presenting the cheque to Lin Beekar of Helen & Douglas House last week.