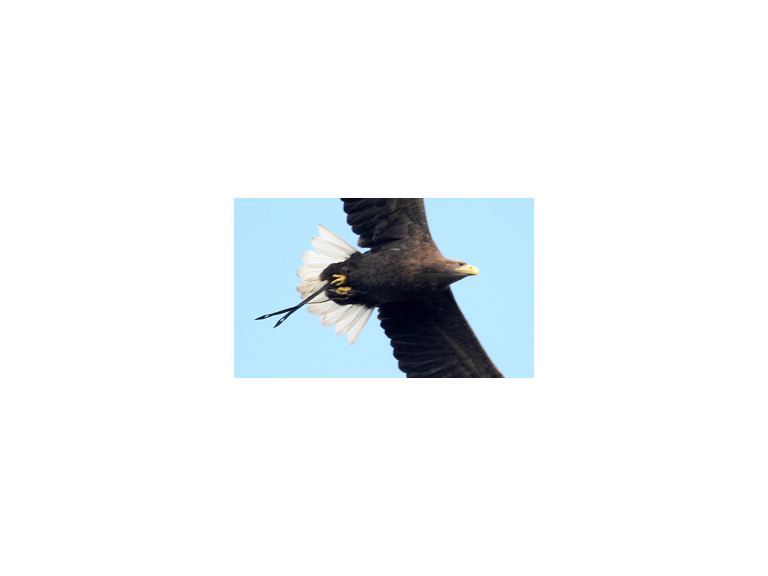 Stanley the white-tailed eagle flew off during a show in September and despite a number of sightings handlers were unable to catch him.

He was first spotted in Leamington and was later seen in a tree in Preston Capes, Northamptonshire, in October.

A Warwick Castle spokesman said staff had not given up hope of him returning but admitted it was unlikely.

The general manager of the tourist attraction, Tim Harrison-Jones, said: "We had a few sightings over in Northamptonshire and we sent our falconers out to go and see if they could find him.

"We located him to a tree but he was feeding quite well on what we think were dead rabbits so the falconers have decided to leave him.

Stanley, who is aged over 10, has a wingspan of more than 6ft (1.82m). He is named after Kazakhstan, where he is originally from, and had been flying at the castle for more than eight years.

For more on this story see the article on the BBC web-site here.

I'm a keen guitar player & musician who plays in our family band. Our highlight so far was playing to 10,000 people at Fairports Cropredy Convention in 2010 & featuring on Bob Harris's Sky Arts prog.

Why You Should Consider Energy Rated Windows? Talk to Warwick Glass and Glazing, they are our Local Experts,

Britain’s Most Loved Indian Restaurant is also Warwick’s Favourite!
Sign up for offers
Sign up for what's on guide
Popular Categories
By clicking 'ACCEPT', you agree to the storing of cookies on your device to enhance site navigation, analyse site usage, and assist in our marketing efforts.
For more information on how we use cookies, please see our Cookie Policy.