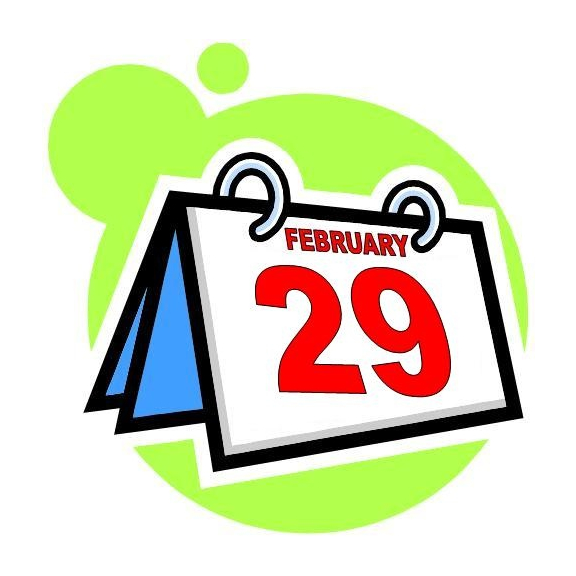 2016 is a leap year, which means it has 366 days instead of the usual 365 days that an ordinary year has. An extra day is added in a leap year, February 29th, which is called an intercalary day or leap day.

Roman general Julius Caesar introduced the first leap years over 2000 years ago. But the Julian Calendar had only one rule: any year evenly divisible by four would be a leap year.

This formula produced way too many leap years, but was not corrected until the introduction of the Gregorian calendar more than 1500 years later. Without the correct amount of leap years, our calendar would quickly become out of sync.

The Gregorian Calendar is the most widely used calendar in the world today. It is a solar calendar based on a 365-day common year divided into 12 months of irregular lengths.

11 of the months have either 30 or 31 days  while the second month, February, has only 28 days during the common year.

However, nearly every four years is a leap year, when one extra inserted  day, is added on 29 February, making the leap year in the Gregorian calendar 366 days long. Leap years are added to make it work properly.

So if we didn't add a leap day on February 29 nearly every four years, we would lose almost six hours off our calendar every year. After only 100 years, our calendar would be off by around 24 days!

In the Gregorian calendar three criteria must be taken into account to identify leap years:

Leap years are needed to keep our modern day Georgian calendar in alignment with the Earth's revolutions around the sun.

It takes the Earth approximately 365.242189 days (or 365 days, 5 hours, 48 minutes, and 45 seconds)  to circle once around the Sun. This is called a tropical year also known as a solar year, an astronomical year, or an equinoctial year.

So although a common year  has 365 days in today's Gregorian Calendar, we add a leap day nearly every four years to stay in sync with the tropical year.

What if your birthday is on 29th February?

If you birthday is on 29th February you are a leap year baby,  people chose to celebrate their birthday on either the 28th February or 1st March. Unfortunately  you don't age 1/4 slower!