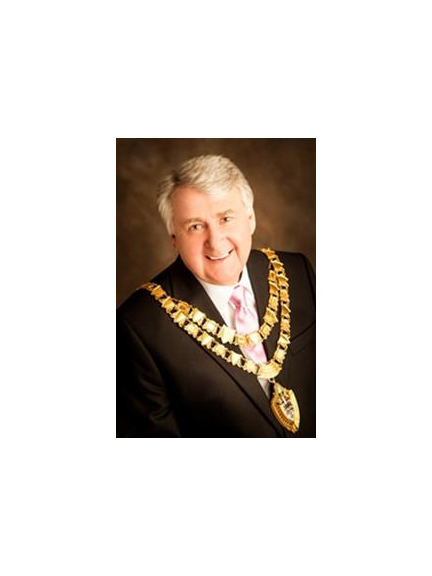 Councillor Mike Robinson has been invested as the new and 63rd Mayor of Solihull with his wife Jenny taking the role of Mayoress.

The newly appointed Mayor has represented the Castle Bromwich ward for the last 12 years and has served on many Council committees over this period.

Born and raised in Yardley, he attended Solihull College and set up his first business as a plumbers merchant.

Away from the offices of the Council, Counc Robinson contributes to several outside bodies, including Governor of Park Hall Academy, Castle Bromwich Hall Gardens Trustee and Board member of Solihull Community Housing.

Speaking about his new role he said, "It really is both an honour and a privilege to have been vested as Mayor of this borough and I will do my very best to promote the interests of Solihull".

The Mayor's theme for this year is 'Bridging the Generation Gap'.

He added "I hope to promote closer links between each of the generations so promoting constructive relationships across all age groups".

Also, The Mayor is hoping to help nominated charities which includes, The Acorns Hospice Trust and the Eve Appeal, a cause close to his heart.

Any organisations or individuals planning an event who would like the support of the Mayor are invited to email: mayor@solihull.gov.uk