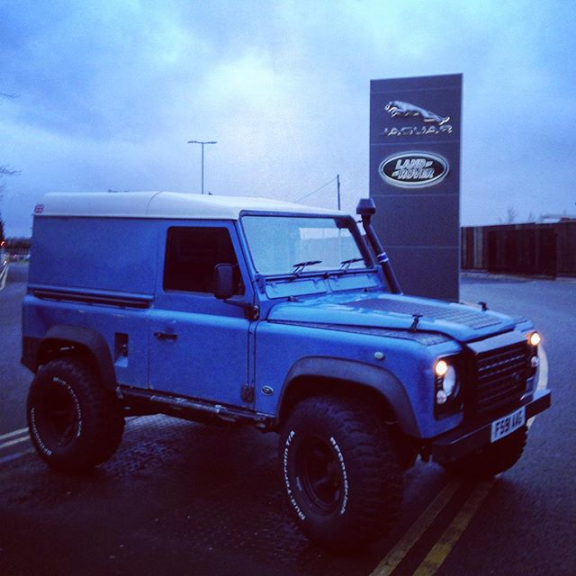 The production in Solihull of the Land Rover Defender has ended today, at 10am Friday 29th January 2016.

Why has production been stopped?

Production of the car, which can trace its roots back to the Willys Jeep of World War II, is being stopped  because it will soon be unable to meet ever-tightening emissions and safety laws. There are strict emissions caps coming into force in 2020 which means there will be "certain conditions the Defender just won't meet", according to Jaguar Land Rover.

Goodbye to the last off the production line

All 700 employees who worked on the Defender were invited to a farewell to the iconic model. Land Rover also brought in some of the vehicles from the past. It was quite a send-off.

As the last Defender's came down the production line its lights were flashed and it's horn honked.

Gone but not forgotten

There will be Defenders around on the roads for a while yet. Motoring journalist Quentin Willson said the Defender would live on. "With some 70% of Land Rovers ever built still around we will still be able to cuddle them and see them on the road. And while we can shed a tear, there are still lots and lots of Land Rovers," he said.

New replacement in the making

A replacement model for the Defender is  being developed to be launched in December 2016, said the manufacturer.