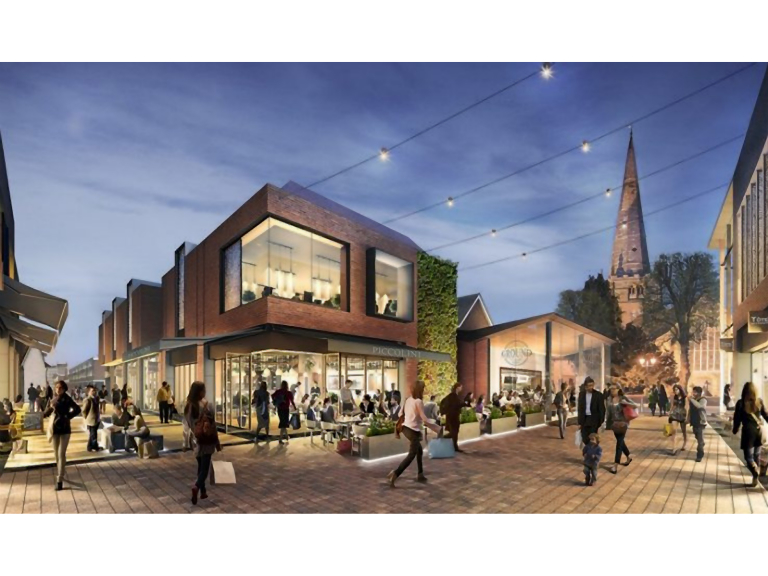 The Developer behind the expansion of Touchwood has shelved its extension plans, it has been announced today, Thursday 16th March 2017. The start date for the extension has been delayed until the early part of 2018.

"The proposed project has resulted in years of discussions, public exhibitions, businesses being forced to relocate for the development and the fight to protect certain sites such as the Manor House Gardens, which resulted in a high-profile campaign featured in The Observer."

"But now LendLease Retail Parternship (LLRP) has announced, following a strategic review, that it is ‘not in a position to move the project forward at this stage’.

"Finances and the ever-growing trend of customers heading online for their purchases are, according to our source close to the deal, to blame for the delay."

"The proposals to extend Touchwood were marked with a public exhibition, in cohorts with the council, at which representatives from both parties were on-hand to promote the new project, which would have seen the demolition of the Council House and the Compulsory Purchase of several neighbouring business units."

"The decision to pull the plug on any immediate progression of the proposal has, however, not been given the same treatment."

"Just a few lines of comment from the developers, commenting on Solihull Council’s earlier statement release."

Here’s what the Council said: “Solihull Council has been informed that the investors of the Lend Lease Retail Partnership (LLRP) have undertaken a strategic review of the current economic environment and are not in a position to commit to the extension of Touchwood at this time. This remains under constant review.

“Based on the work that has been undertaken so far, the Council’s view is that this announcement from LLRP means that the earliest start date for the Touchwood extension and linked Council House refurbishment project will now be the first part of 2018.

“The Council and LLRP continue to work closely together to ensure that all preparatory work has been undertaken for these important town centre projects.”

Playing down any suggestions of timelines for the project, here’s what a spokesperson for LLRP said: “Whilst the Council has commented on what it perceives the impact on timing to be, the investors decision is under constant review.

“Consequently, it would be premature for LLRP to comment on timings at this stage.

“There is, however, a shared desire between LLRP and its investors to reach a definitive position as soon as possible for the benefit of everyone involved.

“On behalf of LLRP, its advisers are in ongoing dialogue with those affected by the CPO and will share updates on the programme with them when able to do so.”

Speaking to The Observer this week, Solihull MP Julian Knight said there was no getting away from the fact the delay to the Touchwood extension is unfortunate and a blow, particularly as uncertainty has a real impact on small business.

He added: “However, I trust that the council will continue to engage with the developer so that the end result is the best for our economy, jobs and the environment.”