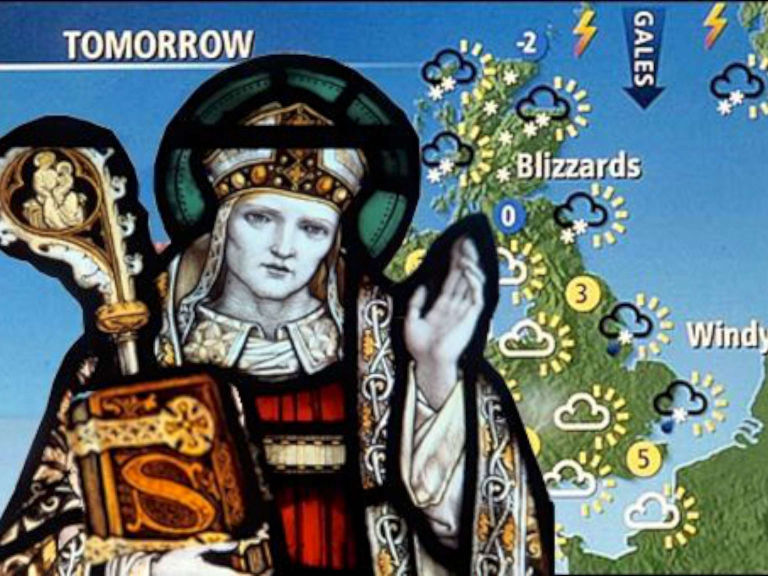 There is a weather-rhyme is well known throughout the British Isles since Elizabethan times.

Who was St Swithin

Why watch the weather on St Swithins Day?

A legend goes that as the Bishop lay on his deathbed, he asked to be buried out of doors, where he would be trodden on and rained on. His wishes were followed for nine years, but then, the monks of Winchester attempted to remove his remains to a splendid shrine inside the cathedral on 15 July 971. According to legend there was a heavy rain storm either during the ceremony or on its anniversary.

This led to the old wives' tale (folklore) that if it rains on St Swithin's Day (July 15th), it will rain for the next 40 days in succession, and a fine 15th July will be followed by 40 days of fine weather.

However, according to the Met Office, this old wives' tale is nothing other than a myth. It has been put to the test on 55 occasions, when it has been wet on St Swithin's Day and 40 days of rain did not follow.

The forecast for 15th July in Solihull

Breezy and rather cloudy with patchy rain and drizzle across all parts. However, it will turn drier in the afternoon with some brightness possible. Highs of 20 degrees C.