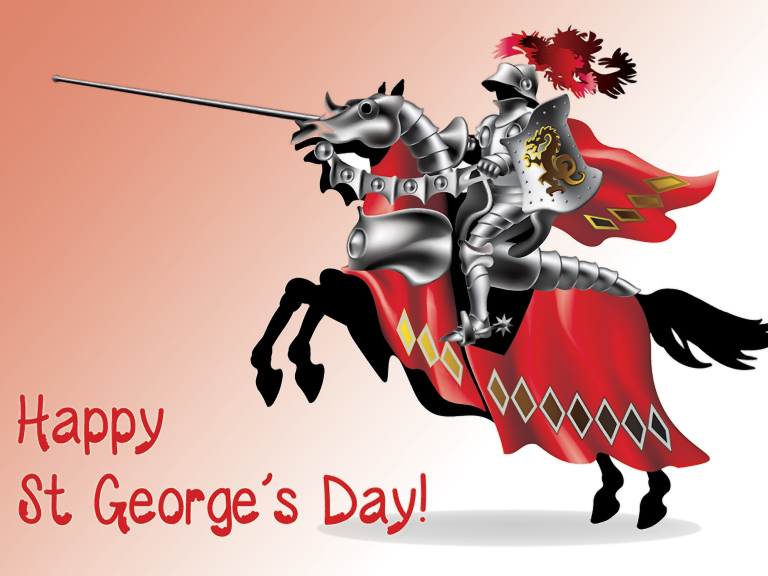 Who was St George?

St. George is the patron saint of England.

His emblem, a red cross on a white background, is the flag of England, and part of the British flag. St George's emblem was adopted by Richard The Lion Heart and brought to England in the 12th century. The king's soldiers wore it on their tunics to avoid confusion in battle.

The flag of St George and it is also the flag of England.

The real St George was a brave Roman soldier who protested against the Romans' torture of Christians and died for his beliefs. The popularity of St George in England stems from the time of the early Crusades when it is said that the Normans saw him in a vision and were victorious.

Saint George is popularly identified with England and English ideals of honour, bravery and gallantry, but actually he wasn’t English at all. Very little is known about the man who became St George.

He was born in Turkey (in Cappadocia) he lived in the 3rd century, his parents were Christian, he became a Roman Soldier who protested against Rom's persecution of Christians, He was imprisoned and tortured, but stayed true to his faith and was beheaded at Lydda in Palestine.

St George is also patron saint of scouts, soldiers, archers, cavalry and chivalry, farmers and field workers, riders and saddlers, and he helps those suffering from leprosy, plague and syphilis.

On this Sunday 23 April, scouts and guides throughout England parade through high streets and attend a special St George's Day service at their local church.

By tradition, 23 April is the day for a red rose in the button hole, the national flower.