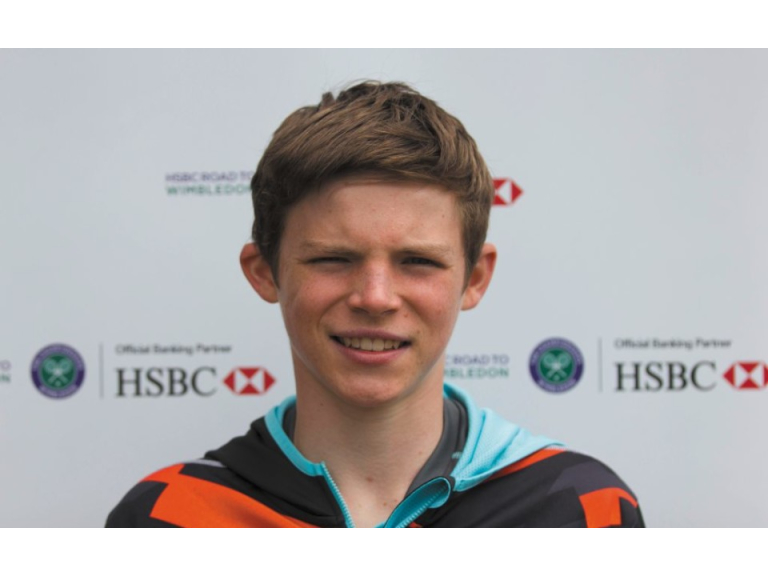 I am very pleased to report that we have a rising star in Solihull..

Youngster Charley Gregory admits he is pinching himself in amazement as he prepares to follow in Andy Murray’s footsteps and star at Wimbledon.

As the likes of British No.1 Murray, Novak Djokovic and Serena Williams gear up for this month’s Wimbledon assault, Gregory can rest safe in the knowledge that he also has a spot booked at the world-famous venue.

The 14-year-old Solihull School pupil has long been known as one to watch for the future, and he was at it again on Sunday as he claimed victory at the HSBC Road to Wimbledon Midlands Regional Qualifier at Billesley Tennis Centre in Birmingham.

Gregory, who trains under John Black, will now play in the National Finals of the HSBC Road to Wimbledon 14 & Under Challenge at the All England Club between August 8 and 13, where he will be looking to walk away as overall champion of the tournament.

Murray made history at Wimbledon back in 2013 when he became the first British winner of the Grand Slam in 77 years, and Gregory admits he can’t wait to grace the hallowed turf himself after beating Ben Stuchbury 6-1 6-0 in his final qualifying match.

“I can’t quite believe it,” he said. “I’m not sure it’s quite sunk in yet, the fact that I’ll be going to Wimbledon and hopefully get a chance to play on the show courts.

“I went there in 2014 as part of the Road to Wimbledon, I didn’t do as well as I could have done, but I feel that the experience of that is really going to help me this time around.

“After going there two years ago, I found out I played on the same court that Novak Djokovic trained on. It’s hard to explain how great that was, playing where the best player in the world has was quite unreal.

“It’s the last time I’ll be able to do it, so it’s an opportunity I want to really enjoy, maybe try to have a bit more fun than I did last time and just generally enjoy the whole day.

“Being there before just makes you determined to do it again, I didn’t play at my best but it was solid, I did what I needed to do and just about made it.”

The HSBC Road to Wimbledon National 14 & Under Challenge, the UK’s largest grass court tournament, forms part of HSBC’s investment in grassroots tennis; an area of the sport the Official Banking Partner of The Championships has been supporting since 2008

Each year over 10,000 youngsters take part in the series of national tennis tournaments, helping to inspire the next generation of Wimbledon stars to take their tennis careers from the back garden to Centre Court.

Gregory was not the only individual in action from the area either with Alderbrook School pupil Savannah Yardley losing to Edbaston Priory teammate Lillian Mould 6-0 6-0 in the final.

And after watching the action for herself at the South East regional qualifier, HSBC ambassador and former Scottish international tennis player Judy Murray was impressed with what she saw from the crop of 2016.

She added: “This programme is a very big part of the British tennis calendar and youngsters recognise the HSBC Road to Wimbledon as a tournament that offers a prize to play at Wimbledon.

“Going along and receiving coaching on how to hit the ball properly is one thing but competitive opportunities at a young age need to be fun and stimulating because you want them to enjoy the sport and keep coming back. In my opinion it doesn’t get more stimulating than the ultimate prize of being able to play at Wimbledon.”

HSBC is the Official Banking Partner of The Championships and is committed to supporting grassroots tennis, helping to inspire the next generation of Wimbledon stars to take their tennis careers from the back garden to Centre Court through the HSBC Road to Wimbledon 14 & Under Challenge. @HSBC_sport