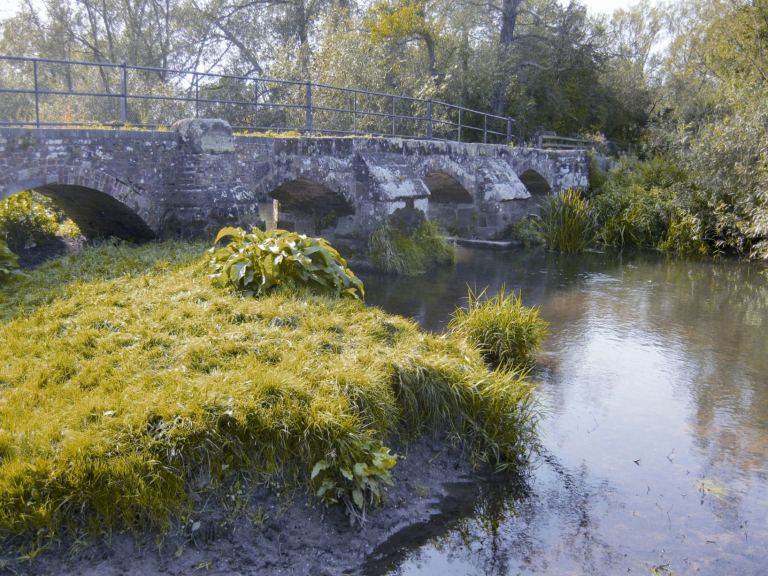 Solihull can boast to having the only surviving ancient packhorse bridge in the West Midlands. It dates back to at least the 15th Century and is located over the River Blythe in Hampton-in-Arden.

It would have been a route for traders to travel to Kenilworth with their goods. These bridges were built on trade routes also known as packhorse routes, because packhorses were used to transport goods with either sidebags or pannier baskets across a river or stream.

These trade routes were of great importance across the country and were in use until the take over of the turnpikes (toll roads) and Canals in the 18th Century.

The packhorse bridge at Hampton-in-Arden is not only a Grade II Listed structure but also  a Scheduled Ancient Monument, it features three stone and two brick arches with room for crossing pedestrians to take refuge.

As a Grade II listed building it means the bridge is officially recognized as having special historical or architectural interest and therefore protected from  demolition or alteration.