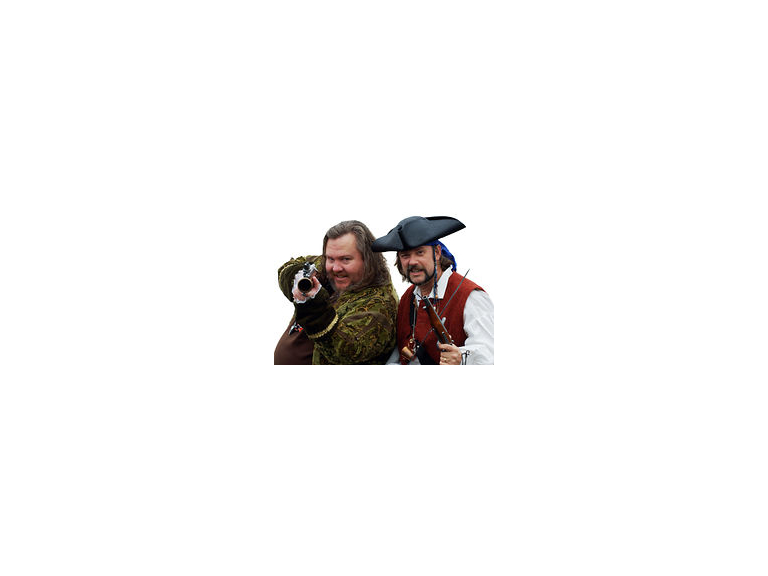 Talk Like a Pirate Day started in 1995, whilst playing racquetball some friends John Baur ("Ol" Chumbucket) and Mark Summers ("Cap'n Slappy) started talking in pirate lingo and had such good fun they thought they would share it! They had 19th September officially named as Talk like a Pirate Day.

It started off a abit of fun with friends but today, it is celebrated around the world as a way to raise funds for charity organizations, such as Childhood Cancer Support and Marie Curie Cancer Care.

Why not dress up like a swashbuckling pirate. If you have a parrot or monkey to put on your shoulder thats even better!

Talk like a pirate all day, everyone you meet greet not with "hello" but "Ahoy!", and call your friends "matey"

Have a pirate party everyone to come dressed as pirates of course!

Read, listen or watch anything to do with pirates. Treasure Island by Robert Louis Stevenson is a great read or watch the movie Pirates of the Caribbean.

Hope you have a swashbuckling day. But dont go overboard!