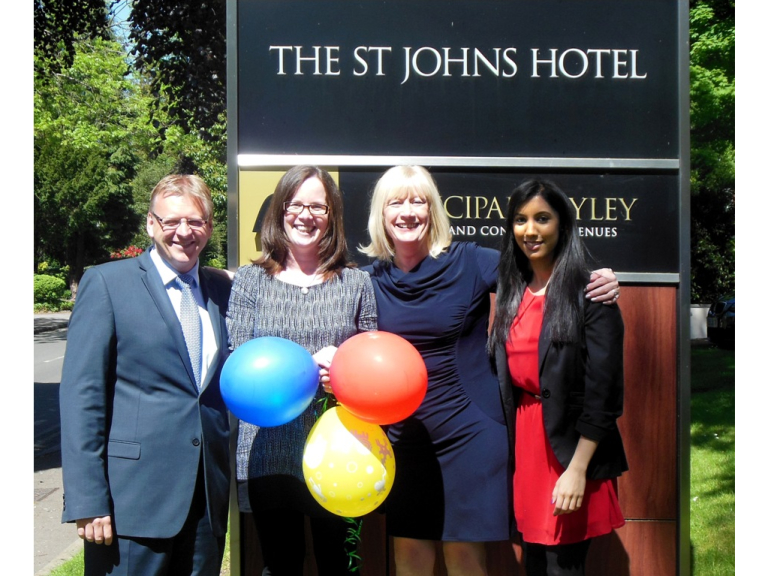 A fun, fairground-themed ball complete with coconut shy and stalls is being held to raise money for Solihull charities.

All money raised on the night will be used to support client services for the charities and Solihull Together, the fundraising programme run by SUSTAiN to support Solihull-based charities and community groups.

Age UK Solihull helps to improve the lives of 33,000 older people each year in the borough, while The Family Care Trust provides care and support services across Solihull and the wider West Midlands.

Last year’s pearl ball, which was also held at The St Johns Hotel, which sponsors the event, raised £13,000, which was shared between 28 charities and community groups across Solihull.

Organiser June Mole, of SUSTAiN, said the fairground theme was chosen because people with dementia have good longer-term memories and would remember the trips to the local fair they would have enjoyed when young.

This year’s ball promises to be a lot of fun because we wanted to create a stroll down Memory Lane,” she said.

“We’re extremely grateful for the support of The St Johns Hotel once again this year and hope that as many people as possible buy tickets for this spectacular event that will raise much-needed funds for local charities.”

Darren McGhee, General Manager of The St Johns Hotel added: “The Solihull SUSTAiN ball is always very well supported by the local community and it a fantastic night that raises huge amounts of money for charities here in Solihull. We are more than happy to support it again and are looking forward to welcoming everyone here.”

Tickets cost £38 per person for a drinks reception, three-course dinner and entertainment from local band Revolver. As well as the fairground stalls and coconut shy, guests can also try their luck at a Fun Casino, hosted by students of the North Warwickshire Gaming Academy.