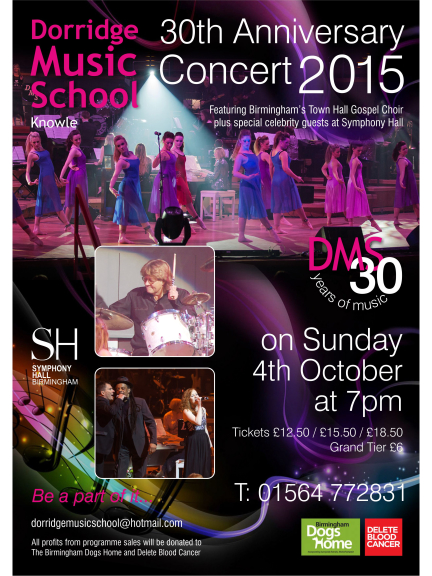 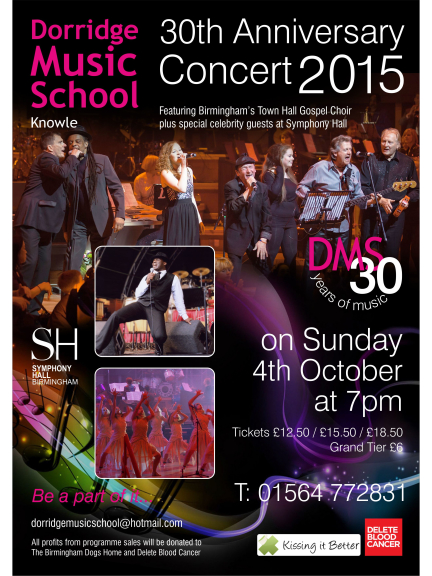 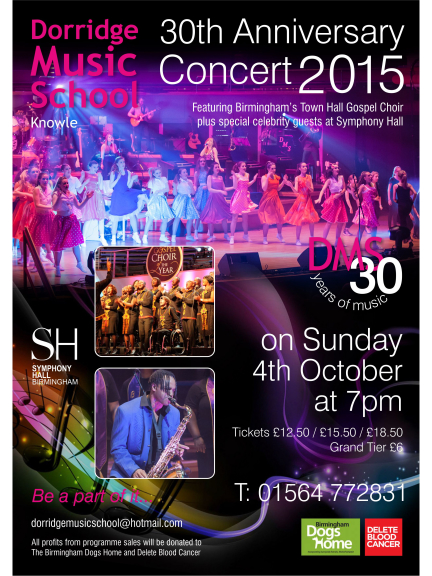 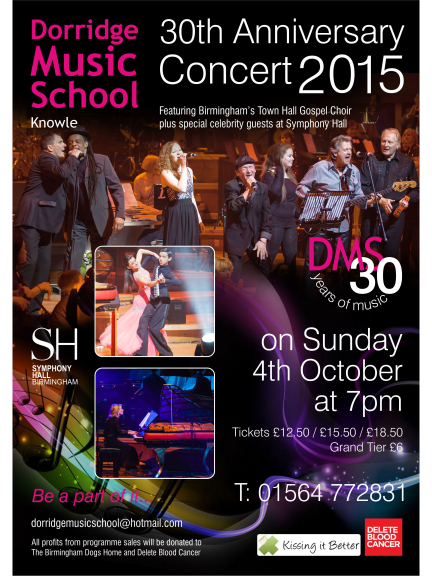 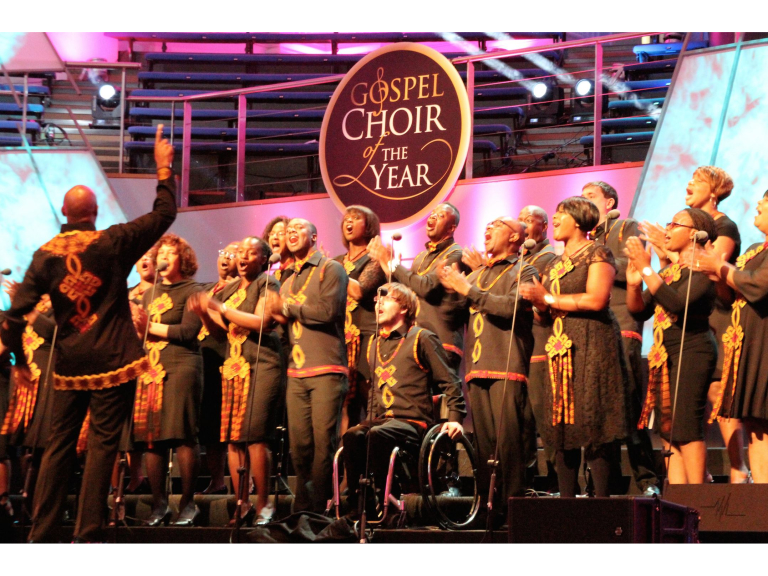 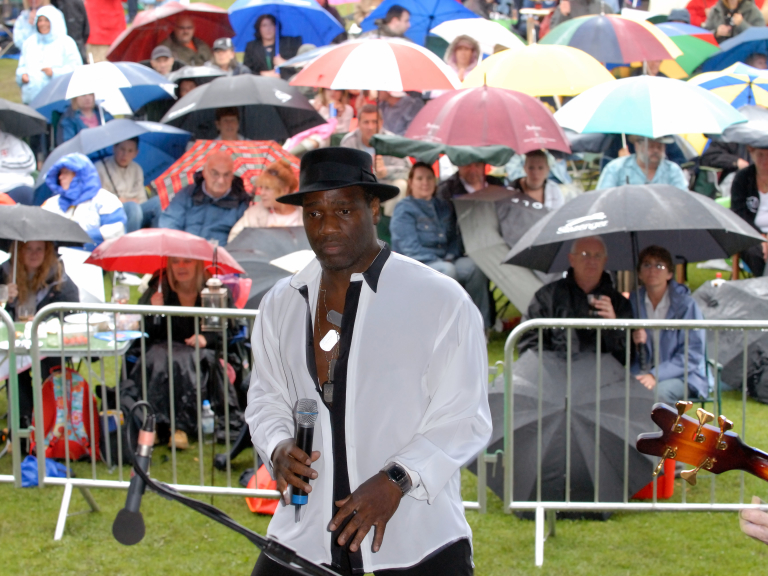 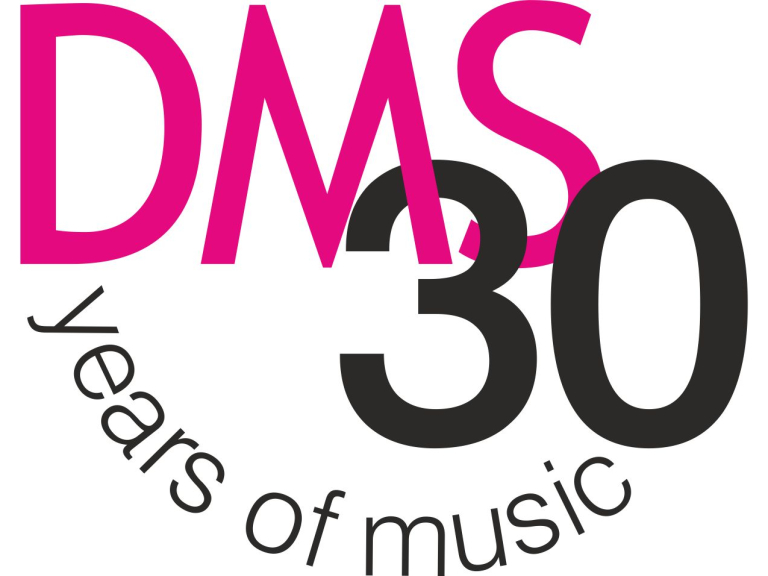 The Anniversary concert is at Symphony Hall on October 4th and will be the sixth time that Leigh perry , Principal and Trustee has produced the show at the prestigious theatre.
Over 300 musicians are performing music for all tastes , with classical to rock and everything from the  Eagles to Queen with Buble , Ed Sheeran , Bruno Mars , Stevie Wonder , Olly Murs , Muse plus songs from the musicals including Phantom , JCS , Rat Pack and Little Shop of Horrors.
The fantastic Town Hall Gospel Choir are confirmed to be performing , along with DMS Patron - Rock Legend Bev Bevan.  Also joining the show is Angelo - brother of the late , Gr8 Motown / Soul singer Edwin Starr.
The DMS Band will be featured and midlands dance schools and choirs will join the mix with Pattisons from Coventry , St Thomas More choir , DMS Voices and Stars on Stage .
This year three charities chosen by Leigh will benefit with Birmingham Dogs Home , Kissing It Better and Delete Blood Cancer in memory of Riya Dandekar.
For information on tickets , packages or for local business / corporate sponsorship contact -
Leighperry@sky.com
Follow @DMSMusicSchool / @leighmusicangel
Www.dorridgemusicschool.com
Supported by thebestof solihull
Leigh