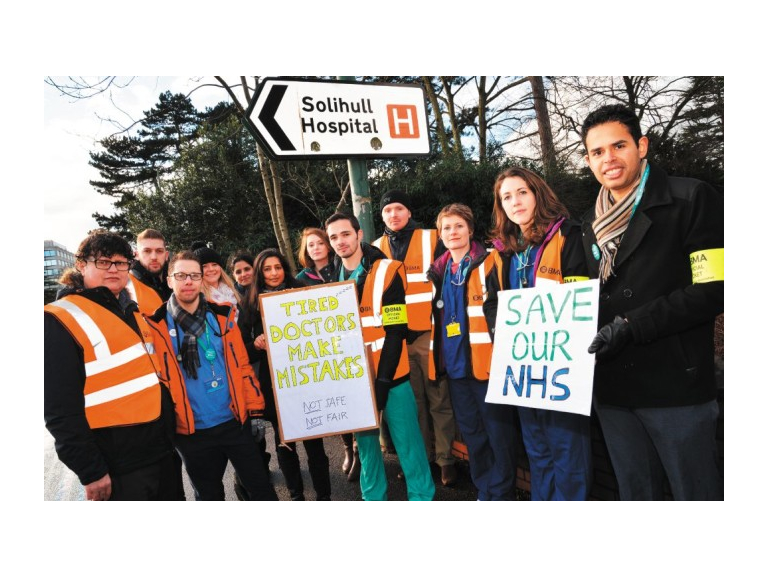 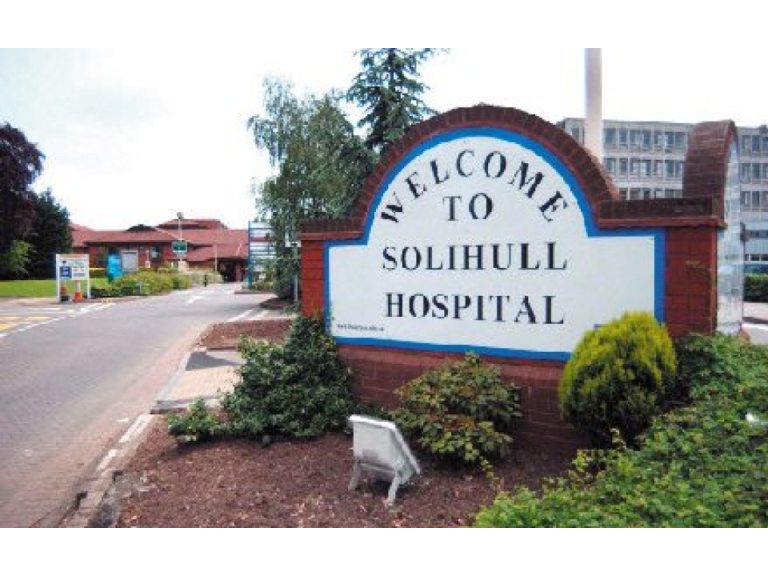 Those are the words of a junior doctor at Solihull Hospital who administered first aid to the victims of a car accident metres from the picket line.

Sebastian Lugg, aged 29, was on strike when two cars collided outside the hospital where he and other junior doctors were protesting against the Government’s plans to change their contract.

Rushing over to the scene, Sebastian and his colleagues administered first aid to the two female drivers, helped them exchange details and stayed with them until they were safe to drive.

But, Sebastian brushed off the ordeal, simply saying: “Even if we’re not in hospitals, we’re still doctors and we did as any other person would have – we help those who need us.”

Junior doctors across the country staged a 24-hour walk out on Tuesday (January 12) as part of the ongoing dispute between the British Medical Association (BMA) and Jeremy Hunt’s Department of Health.

Starting at 8am, Solihull, Heartlands and Good Hope Hospitals only provided emergency care for 24 hours – causing 16 day cases, 17 inpatient and 235 outpatient appointments and operations to be postponed.

Doctors argue changes to their contracts – including changes to the definition of ‘overtime’ and working hours – would see them working more hours for less money, and could result in tired doctors putting patient safety at risk.

“We feel we’re already pushed to the limits and the implementation of this contract would bust the system.

“Our current contract isn’t a barrier to a ‘seven day NHS’ nor does it compromise patient safety.

“Doctors and consultants who were manning the hospital on Tuesday said there was good cover on all wards, including emergency care – providing the same levels of care as the public could expect on any other day.”

The strike, the first in a series of planned walk-outs in coming weeks, was backed by 98 per cent of junior doctors – significantly more than the 37 per cent of the vote the Conservatives won in the 2015 election, Sebastian pointed out.

Tuesday’s strike also garnered the support of Solihull residents, with Sebastian thanking everyone who beeped their horns in support, or stopped to speak to the protesters.

He added: “A group of around 30 junior doctors from Heartlands and Solihull Hospital went down to Mell Square in the afternoon to discuss the dispute with the members of the public and make sure they understood why we weren’t in work.

“It was an overwhelmingly positive experience, with people coming up to us and patting us on the back for what we were doing.”

Junior doctors previously planned to walk out last month, but delayed the strike while talks – which failed to reach a breakthrough – took place.

Another strike where junior doctors will only offer emergency care is set to take place on Tuesday, January 26, while a full walk-out between 8am and 5pm on Wednesday, February 10 is also planned.

“I honestly hope we don’t have get to the stage where all junior doctors walk-out,” Sebastian added. “It’s an extreme measure, but maybe people will then understand how passionately we feel about this.

“I really do apologise to patients who were disrupted or who had appointments moved, but its a David vs Goliath situation we’re up against.

“I fully believe it would be unethical for me not to take industrial action as I believe it is for the benefit of patients and the future of the NHS.”