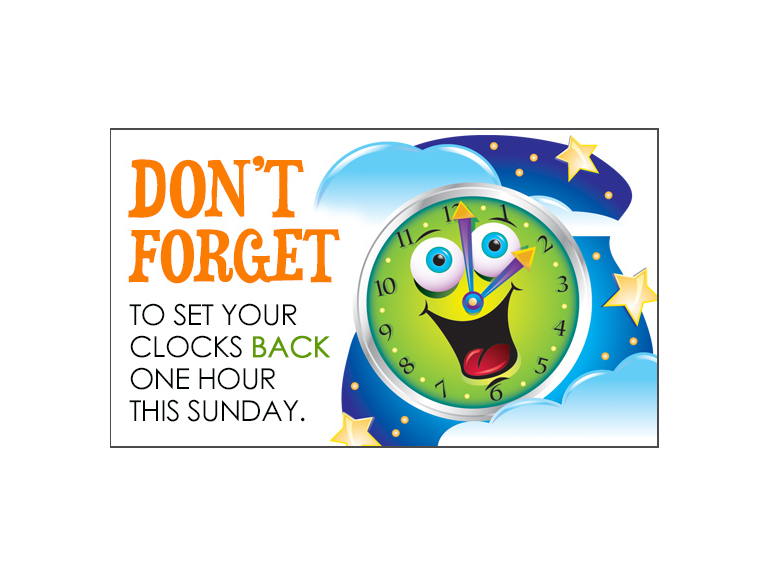 The clocks go back in the UK the last sunday in October, so this weekend at 2.am on Sunday 25th October it becomes 1.am. It signals the UK move into Autumn and Winter marking the end of British Summer Time (BST) and the return of Greenwich Mean Time (GMT).

We gain an extra hour for an extended lie-in!

Its easy to forget when the clocks go back. Mobile phones, tablets and computers connected to the internet should change automatically, most cookers and clocks will need to be changed manually.

An easy way to remember which direction to change the clocks is they Spring forward for the spring (March) and Fall back for Autumn (October).

The idea is claimed by two people. George Vincent Hudson, a New Zealand entomologist and a British businessman William Willett.

Hudson worked shifts so valued daylight hours. He fought for a seasonal time adjustment and he trialed and his one hour summer time was accepted succesfully in 1927

Willett put forward the idea of daylight savings time. He argued that the clocks should go back in Summer and get people up earlier he enjoyed horse riding in the early hours of the morning and wanted other people to get out of bed earlier in the mornings to. He fought the government to agree but the proposal was never accepted.

Should we still change the clocks?

Many people think we should ditch GMT and carry on with BST. This would align the UK with working hours on the continent and increase the safety around schools at collection time.

Twice the Government have tried to abandon GMT.

During the Second World War (1939-45) Double British Summer Time was tried. Clocks were one hour ahead of Greenwich in winter and two hours ahead in Summer.

In 1968 a three year experiment for year round day-light savings called British Standard Time was carried out.

In 1971 the experiment ended and the Home Office concluded there were pro's and con's to having the clocks forward and decided to return to the original British Summer Time.

Changing the time at the Palace of Westminster Great Tower (which houses Big Ben) takes 5 hours! So at around 9.pm on Saturday the process will start on each of the four faces. The hour strike is locked off to stop the bell chiming until 02.00.