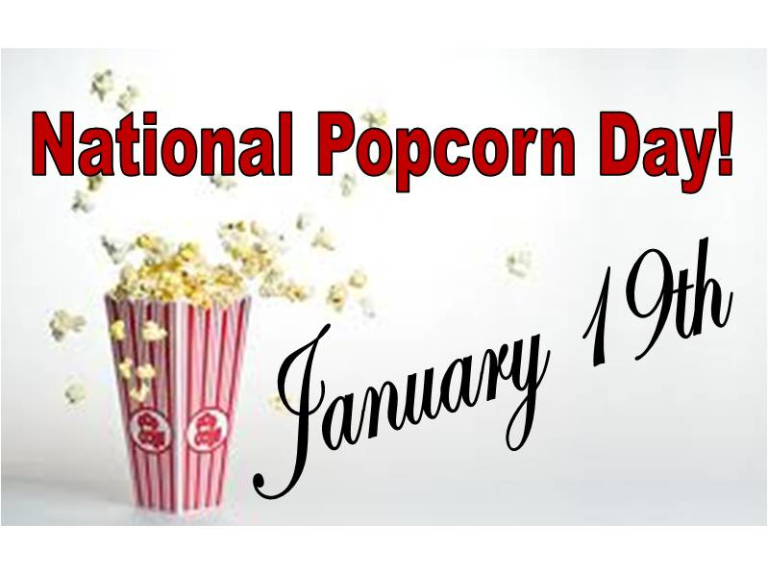 You can indulge on Tuesday 19th January it's National Popcorn Day!

Did you know? When TV was invented in the 1950s there was a huge decline in popcorn sales because people were not going to the movies and therefore not buying popcorn. But in the 21st century we can make it in the microwave, put on a DVD and make our very own movie night at home!

Did you know? DependAir-popped popcorn is naturally high in dietary fiber and antioxidants, low in calories and fat, and free of sugar and sodium. This can make it an attractive snack for people with dietary restrictions.

Did you know? Each kernel contains a tiny drop of water. This is why, when heated, the water expands causing the kernel to explode and flip inside out.

Did you know? As early as the 16th century, popcorn was used in headdresses worn during Aztec ceremonies honoring Tlaloc, their god of maize and fertility. Early Spanish explorers were fascinated by the corn that burst into what looked like a white flower.

Of course you know - Traditionally popcorn is served salted or sweet, however, other versions, such as caramel, buttered, toffee and plain are also commonly available.

Enjoy your favorite popcorn, take a photo and share it with us at solihull@thebestof.co.uk