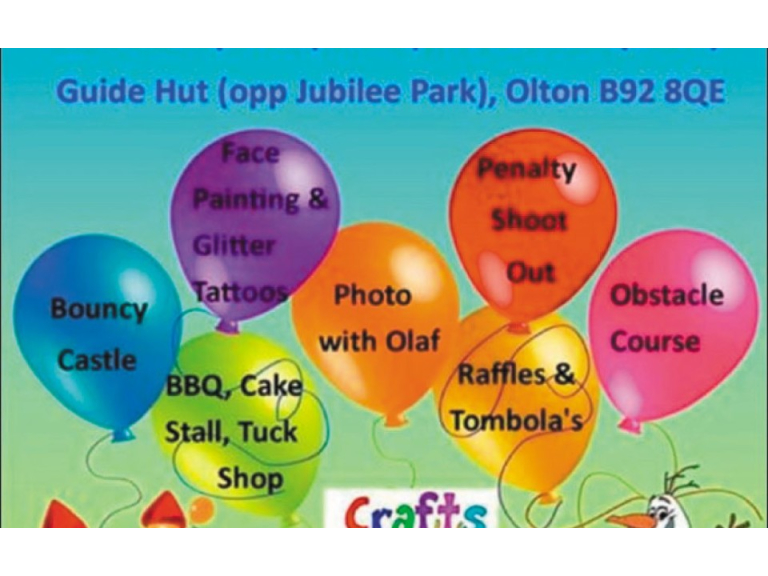 A Family Fun day to raise funds for Ladies Fighting Breast Cancer will be held in Olton this Saturday (April 23) featuring plenty of fun-filled activities.

Taking place at the Guide Hut on Brackleys Way, the event – which starts at noon – will run until 4pm and feature  fun-day activities:

Louise Douglas was diagnosed with breast cancer in in October 2015 and has since undergone chemotherapy and will soon be receiving chemotherapy to help fight off the condition.

The 31-year-old, who will celebrate her 32nd birthday on Saturday, isn’t letting he diagnosis stand in her way however as she’s organised the family day to raise funds for Ladies Fighting Breast Cancer – the charity which donated a wig to her.

The West Midlands charity was established in 2000 and has since donated over £1 million to the Queen Elizabeth Hospital’s Cancer Unit – which has helped fund new medical equipment and create a ‘centre of excellence’.

Louise underwent surgery last week to remove the tumour and finished her chemotherapy on Tuesday (March 1) following six round over an 18 week period.

With plenty to keep the family entertained, Louise is hoping she can celebrate not only her birthday but also raising a large sum of money for the charity that has helped her out in the past.

She added: “I want to give something back to Ladies Fighting Breast Cancer as they helped me out through what was a hard part of my life.

“We have a barbecue in place to so I’m hoping the weather stays nice and everyone can enjoy a great read.”

A mother to her five-year-old son, Louise thanked those that have helped set the day up and admitted the support she’s received has been overwhelming.

Louise said: “The support I’ve received has been fantastic.

“My family have been so supportive and have been there for myself and my son.

“My friends and local businesses are also supporting the fun day, I’m really looking forward to it.”

They need your support so come along and join in the activities and help raise funds for Ladies Fighting Breast Cancer.