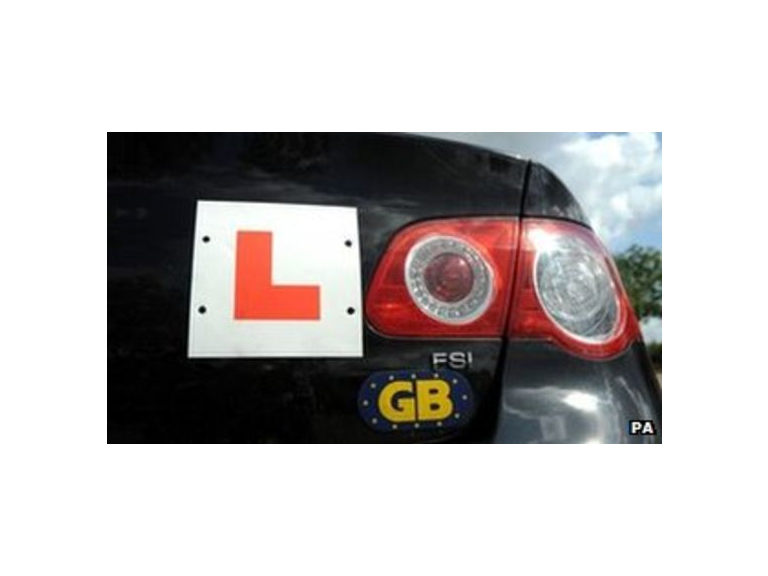 I came across this interesting item of news today and would like to share it with you..

Teenagers could have to wait a year longer than currently before they are allowed to take their driving test.

The government is considering issuing only 12-month probationary licences at the age of 18 in a bid to cut accidents involving young motorists.

Ministers are due to publish a Green Paper this year after considering the Transport Research Laboratory's report.

It recommends a one-year "learner stage" beginning at 17, during which drivers would have to total at least 100 hours of daytime and 20 hours of night-time practice under supervision.

Learners can then take their test at 18 and, if they pass, will get a probationary licence and have to display a green "P" plate.

During this stage, drivers will face the curfew and all those under 30 will be banned from carrying any passengers also under 30.

Other proposals under consideration for young drivers are a ban on all mobile phone use, including hands-free phones, and a lower alcohol limit.

After the 12-month probationary period, drivers will automatically graduate to a full licence and unrestricted driving.

Statistics show that more than a fifth of deaths on British roads in 2011 involved drivers aged 17-24.

The report suggests implementing this new system could cut annual casualty numbers by 4,471 and save £224m.

A Department for Transport spokesman said: "Young drivers drive around 5% of all the miles driven in Britain but are involved in about 20% of the crashes where someone is killed or seriously injured.

"We are committed to improving safety for young drivers and reducing their insurance costs - that is why we are publishing a Green Paper later in the year setting out our proposals.

"This will include a discussion about how people learn to drive.

"The research report has been produced by the Transport Research Laboratory under commission by the Department for Transport and it, amongst other things, has informed the Green Paper."

He said: "Young people are four times more likely to die in a road accident than as a result of drink or drugs.

"Yet, as a society we seem to turn a blind eye to the carnage. If this was any other area of public health there would be an outcry.

"This is about ensuring their long-term safety and mobility. Not curtailing it."

Edmund King, president of motoring organisation the AA, said the proposals were addressing the problem of young drivers in the "wrong way".

"You should prepare young drivers to be safe when they get their licence rather than give them their licence and then restrict them," he told BBC's Breakfast.

He said he would like to see mandatory lessons on motorways, in rural areas and in bad weather, and warned of the problems of policing the restrictions such as carrying young passengers.

Julie Townsend, of road safety charity Brake, welcomed the report, saying it was further recognition of the compelling case for graduated driver licensing.

She urged the government to act "swiftly and decisively" to commit to the system to help reduce the danger young drivers posed to themselves and others.

Currently drivers in England, Scotland and Wales need to pass a theory test, then a practical test before they can apply for a full driving licence. The minimum age to hold a full car licence is 17, or 16 for some people claiming mobility benefit.

What do you think?