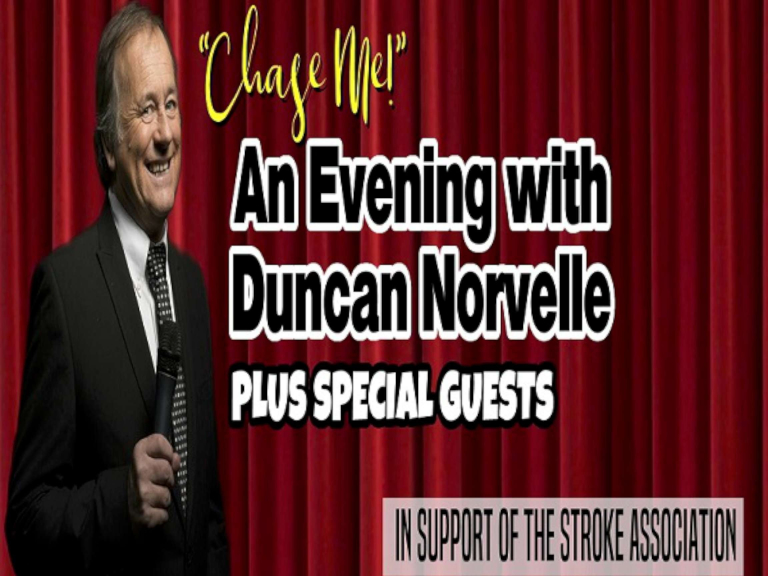 TV comedy legend Duncan Norvelle is heading to the West Midlands to take part in a charity variety evening with other familiar faces to support Stroke Association.

The Midlands-born star who was rarely off our TVs in the 1980s and 90s was told he would never walk or talk again after being paralysed down his left side following a massive stroke five years ago. However, he is now back on stage and is excited to be returning to the West Midlands.

A Variety Evening with Duncan Norvelle and friends will be staged at the prestigious Land Rover Sports and Social Club in Solihull on Friday 15 September 2017 from 8pm.

Joining Duncan on stage will be Ventriloquist Steve Hewlett who reached the final of Britain’s Got Talent in 2013. Steve has since toured the UK in his 1st UK Tour, appeared as a guest on BBCs Strictly Come Dancing and toured America, Canada and the UK with The Osmond’s.

The ‘award-winning’ Grumbleweeds who have dominated the UK comedy scene since the 60s are also loaning their support, in between their latest UK tour.

Another favourite joining Duncan will be John Parnell, aka Hoop Guy, who reached the semi-finals in this year’s Britains Got Talent.

The Lord of the rings (or at least hula-hoops) had the nation singing his own signature theme tune ‘Hoop Guy’ – and even managed to get Simon Cowell and Alesha Dixon hula-hooping.

Big fan David Walliams stood up, punched his fist in the air and said “John, you have made Hula Hooping relevant, fun and sexy!”

Money raised from this variety evening, suitable for all the family, will support the Stroke Association, the only UK-wide charity solely concerned with combating stroke in people of all ages.

Organiser Katherine Yates said: “My nan sadly passed away following a stroke and I always promised to do something to help others.

“Anyone can have a stroke, including children and in the UK alone, it’s one of the leading causes of disability and the fourth single leading cause of death”.

Tickets for the event are on sale priced £10 (in advance) and can be purchased on the Land Rover Sports and Social Club website -www.landroversc.co.uk, or by calling into the social club between 6pm and 11pm every night.  For more information about tickets, call Katherine on 07890 966480 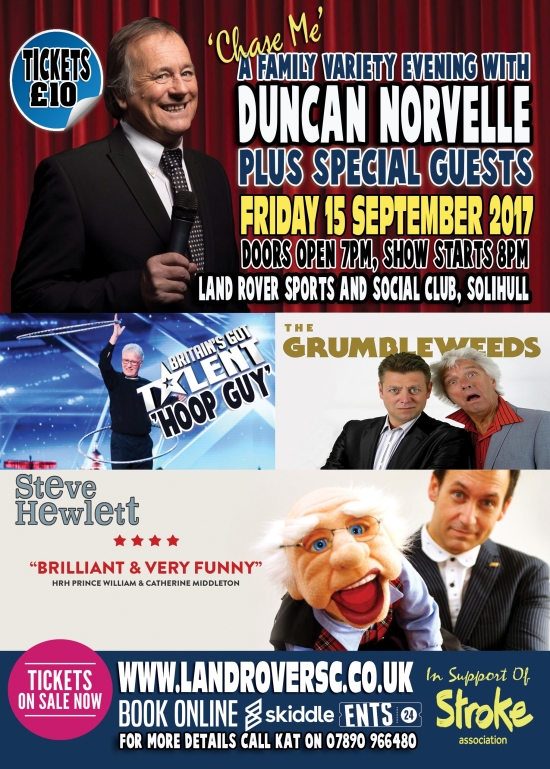 Our thanks for this blog to