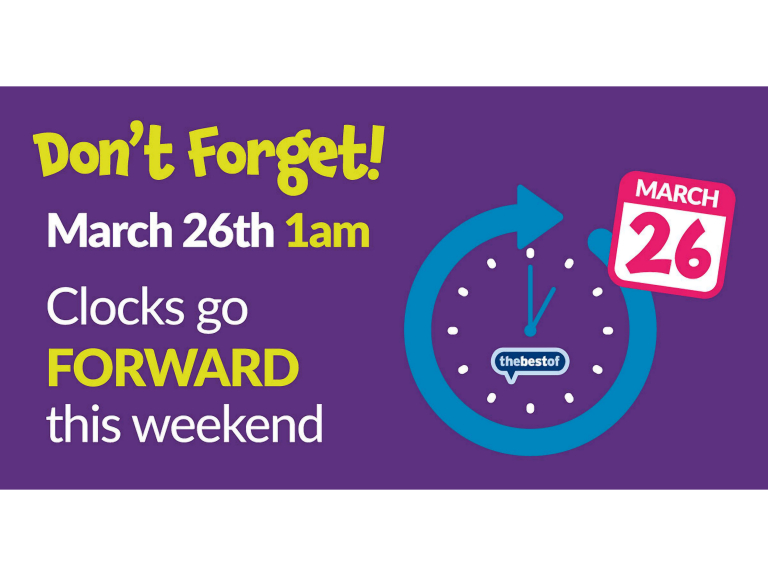 The clocks go forward on Sunday March 26 at 1am , which means you should put your clock forward an hour.

These days many of our internet-connected clocks (like smartphones, tablets and TVs) will do it automatically. But you still need to be prepared to avoid getting caught out.

Try to remember the simple phrase 'spring forward, fall back'.

The clocks always go forward an hour on the last weekend in March in spring and go back on the final weekend of October in autumn.

Although we lose a whole hour less in bed,  it also marks the start of British Summer Time and the prospect of putting those miserable, cold, wet and dark days behind us and welcoming in brighter days.

Putting the clocks forward means that the nights are lighter for our drive home from work and for any evening activities.

And, as well as saving on power, there are also fewer road accidents.

However, it also means that it’s darker in the mornings, which those who have to get up early will notice.

Changing the clocks began during the First World War to save on the use of coal for light and heat.

The Summer Time Act of 1916 was passed by parliament and the first day of British Summer Time (BST) - which is sometimes referred to as Daylight Saving Time - was May 21, 1916.

We stay on BST until October when the clocks go back an hour. When this happens the UK will then go back onto Greenwich Mean Time (GMT).