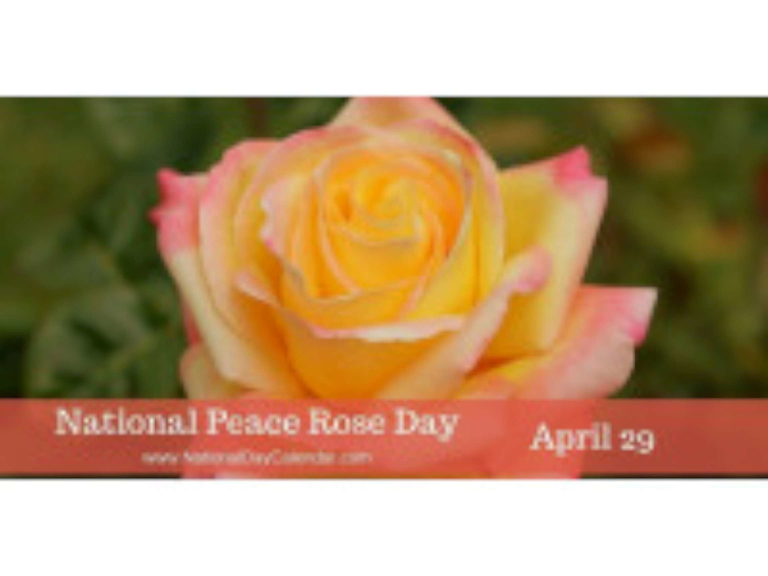 Every rose has a history. The Peace Rose, as the name implies, represents World peace at the end of World War II.

Developed by Francis Meiland, a French horticulturalist between 1935-1939, who foresaw the German invasion of France and to protect the rose, he sent cuttings to friends in Italy, Germany, Turkey and the U.S. It made the last plane to the U.S. before the German invasion.

It was cultivated in the U.S. by the Conrad Pyle Co. during the war.

In France it was called the "Madame A. Meiland" after the breeder's mother. In Italy it was called "Giogia" - "Joy" and in Germany, "Gloria Dei" - Latin for "Glory to God" and "Peace" in the U.S.

In 1945, Meiland contacted Field Marshall Alan Brooke who was the principal author of the master strategy that helped win WWII and offer to name the rose after him. Brooke, thinking that his name would be forgotten, suggested it just be called "Peace."

The light yellow to cream colored large flowers of the Peace rose have slightly flushed crimson pink petal edges.  It is a hybrid tea rose that is very popular because it is hardy, vigorous and highly resistant to disease.

Call into  bestof member  Earlswood Garden and Landscape Centre  to experience the beauty and fragrance of their roses.