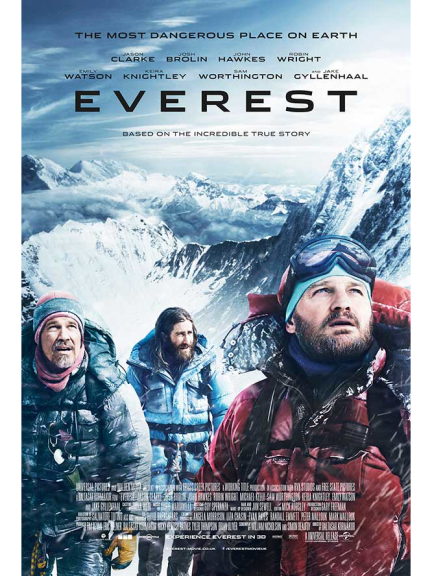 First published in 1997, Jon Krakauer’s gripping book Into Thin Air detailed the doomed attempt by two separate groups to scale the peak of Mount Everest. Now Krakauer’s bestseller is brought to the screen with an all-star cast consisting of Jason Clarke, Josh Brolin, John Hawkes, Sam Worthington and Southpaw’s Jake Gyllenhaal, all playing the men dedicated to scaling the fearsome, unpredictable mountain. With their mettle tested by one of the fiercest snowstorms ever known to mankind, the climbers are pushed to their physical and emotional limits. Directed by Baltasar Kormakur, whose 2012 film The Deep similarly focused on the limits of survival, the story is adapted by Oscar winning Slumdog Millionaire screenwriter Simon Beaufoy. Screening in both 2D and immersive IMAX 3D, this powerful drama promises to sweep viewers into the unknown. Keira Knightley, Emily Watson and Robin Wright also star.

Fancy seeing the film for Free?

The film Everest stars Jason Clarke which sequal to an arnold schwarzenegger film did he appear in ????

Good luck! winners will be notified by email on Monday evening 21st September.