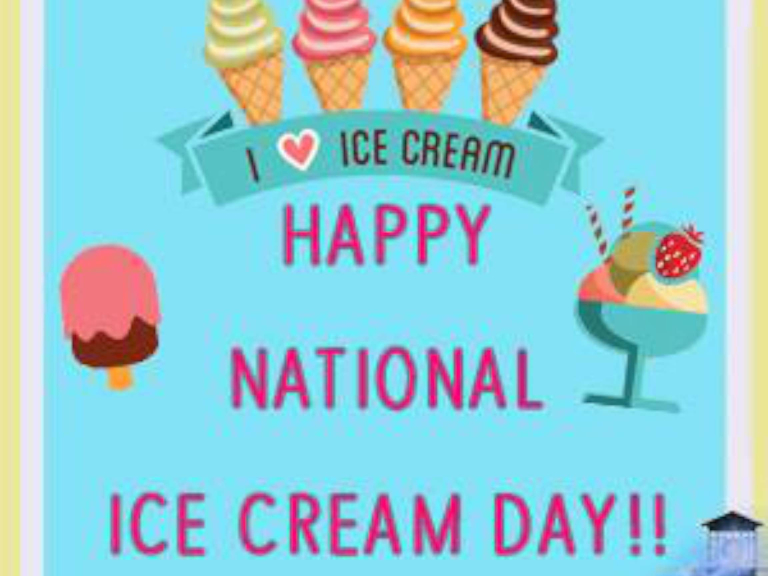 Ice Cream is without a doubt the perfect dessert ever devised by man. It’s rich and creamy, full of the flavours of summer while being made from the cold like the winter, and is perfect at any time of the year. Ice Cream can be used to make sandwiches or entire cakes, or just eaten as a scoop all on its own.

Ice Cream Day celebrates this delicious treat and all the varieties it comes in!

Thousands of years ago, people in the Persian Empire would put snow in a bowl, pour grape-juice concentrate over it and eat it as a treat.  They did this when the weather was hot and used the snow saved in the cool-keeping underground chambers known as “yakhchal”, or taken from the snowfall that remained at the top of mountains by the summer capital.

It is believed that ice cream was first introduced into the United States by Quaker colonists who brought their ice cream recipes with them.  Their ice cream was sold at shops in New York and other cities during the colonial era.

Throughout the years it has come in every conceivable flavour, from gentle and universally loved vanilla, to the unusual flavour that is crab ice cream. That’s right, that’s how amazingly versatile ice cream is, you can literally flavour it like anything! But I think I will give that one a miss! 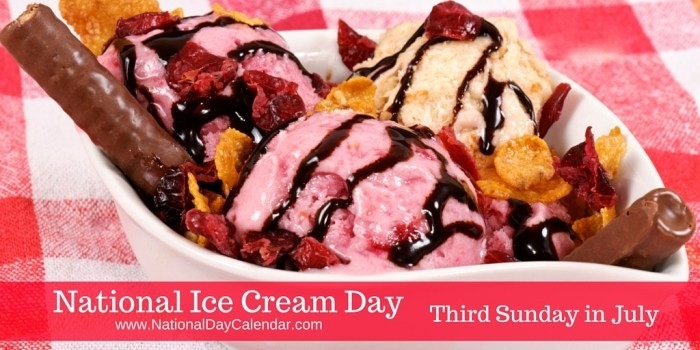 How to celebrate Ice Cream Day

I am sure you know this one!

Ice Cream Day is your chance to really indulge without any guilt or shame, and while you’re at it, try coming up with your own flavours!

Enjoy National Ice Cream Day by sharing some with your family and friends!