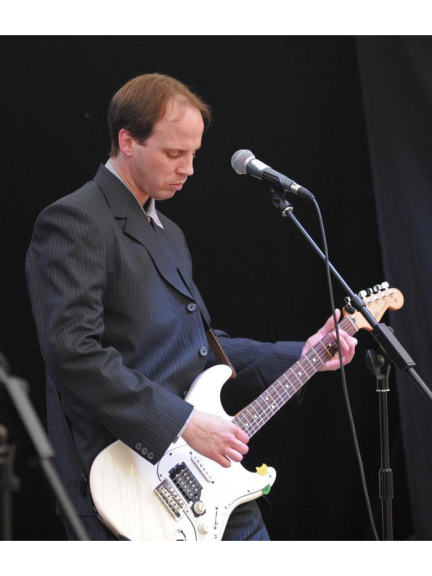 At the time of writing my previous instalment of this blog I already had ideas for the next one, which involved highlighting some of the slightly lesser-known music venues in Oxford. Sure, everyone knows about the O2 and the New Theatre as they are where the big names play, but to my mind the better gigs are often the smaller ones, not least for those tiresome bragging rights that come with having seen a band play to two men and a dog that then go on to fill stadia.

So, with the best of intentions I planned what was to be. A few days later the new edition of Oxford’s long-running monthly music publication Nightshift came out. Now, the main article and associated front page may not have exactly mirrored my intentions, but were close enough to stop me in my tracks. The theme was Oxford’s smaller promoters. This was going to look horribly like I was stealing the theme and reworking it slightly. Or at least, that was what the voices in my head were now saying. In order to distance myself from a potentially embarrassing situation I will need to make a point that is not always obvious – the promoters and venues here are not exclusive. The smaller venues have regular nights by regular promoters, but no-one is tied. The venues rent their rooms, promoters put on the gigs. Some have in-house sound engineers that come with the room, others leave it to the promoters to source their own. Ultimately though, the promoters who have been associated with the venue longest and/or most regularly get the first choice of nights, the remainder are up for grabs for anyone who wants them. So, with that distinction established it seems reasonable to continue the article as planned, and maybe present it as an accompaniment to what was published in Nightshift. With that in mind, here is a link to the online issue: http://nightshift.oxfordmusic.net/2014/sep.pdf

Let’s get on with it then, shall we? Lurking off an unassuming alley between the High Street (opposite the Covered Market) and Blue Boar Street is the Wheatsheaf, which despite its appearance as a largely rock and metal pub plays host to quite a wide variety of music. Most evenings there is something going on upstairs, many of the regular promoters delight in putting on very diverse bills – twee folk can give way to brutal metal (and frequently does, sometimes even the other way round), before finishing the night off with experimental electronic.

The best thing about such nights is the discovery of new things one may not have come across otherwise, there is potential to discover a penchant for styles of music that may have otherwise remained forever hidden. Of course, there is also room for finding out that some music is not to your taste... Other promoters have more themed events, often with a bill entirely made up of one genre. There is an upstairs bar which has the most popular beers, spirits and soft drinks, with a greater selection downstairs. Some Sunday afternoon and Thursday evening gigs are held downstairs, for which there is no entry charge.

In another alley in the city centre we find the Cellar, this time in Frewin Court, off Cornmarket Street. The name of the venue is a clue to the access arrangements – you go down a flight of stairs to get to it. Unlike the other venues covered in this piece it is not attached to a pub, and is sometimes closed to the public when used for private parties. The variety of music is much like the Wheatsheaf, although it is often host to the noisier end of the music spectrum. That said, you are more likely to find jazz and South American genres here, and often the gigs are followed by club nights with DJs. Promoters tend to stick more with similar genres for their bills, but some still book a more varied mix of acts. Two well-stocked bars keep the refreshments running, one serving all manner of refreshment, the other concentrating more on bottled drinks.

Moving out of the centre and to the middle of Cowley Road we find the Art Bar, or the Bullingdon Arms as it is still called by those of us who refuse to accept change. This is unique among the venues discussed in this piece as it is on the ground floor and so is wheelchair-accessible. A fair-sized pub at the front is sometimes host to smaller, quieter gigs, but a large room at the back is where the majority of events are held, and is the largest of these smaller venues. A recent refurbishment has seen the installation of lounge areas and a more club-style atmosphere, but a large bar has been a constant fixture. Individual gigs are often less diverse in style, but types of music are pretty varied from night to night – Monday and Tuesday are traditionally orientated towards blues and jazz respectively, but other nights can be acoustic sessions, heavy rock gigs or anywhere in between.

In the opposite geographical direction is the Jericho Tavern in Walton Street, which is, quite unsurprisingly, in Jericho. A large pub, it has a large but unconventional arrangement of a venue upstairs. A reasonable-sized area in front of the stage gives way to a larger lounge area behind, which is on a lower level. Off the lounge area is a bar, which is just out of the way enough to order drinks without shouting. Although music is as varied as the other venues there has recently been less emphasis on heavier, louder acts, many promoters leaning towards poppier or folkier genres. Occasionally more well-known acts appear, probably not least because of the venue’s history, having been instrumental (if you’ll excuse the pun...) in helping some of the city’s most famous bands on their way to stardom.

We have far from covered all of Oxford’s small music venues, but these are the ones most regularly hosting music nights. Others such as the James Street Tavern off Cowley Road have a few nights a week including an open mic night, the Cape of Good Hope on the Plain has similar, the Old Bookbinders and the Harcourt Arms in Jericho have regular open mic nights and occasional gigs. Others seem to come and go or just put on occasional gigs, I won’t speculate on which ones are currently active! Monthly listings are published in Nightshift, you can pick up a copy at most music shops and venues, or view it online here: http://nightshift.oxfordmusic.net

Leigh ver Fuel will be playing a solo acoustic set at the Wheatsheaf on the afternoon of Sunday 26th October from 2.30 onwards.

Leigh ver Fuel is vocalist, guitarist and mostly to blame for the punk band Beaver Fuel, has a solo act, is one half of acoustic covers duo Spoon Theory, and plays balalaika in ZeeZee BaBa.