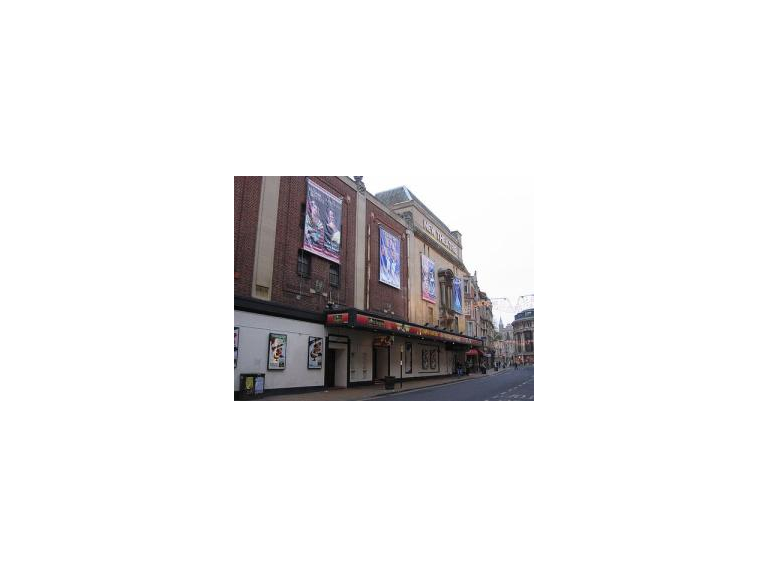 If you are looking for an excuse to get to the theatre for this annual spectacle, then look no further than our list of pantomimes taking place in Oxfordshire this festive season.

Aladdin at the Oxford Playhouse

Join Widow Twankey, Aladdin, Princess Perfect Rose, Wishee Washee the Dog and Pee King the Duck on their adventures in the ancient city of Ox-A-For. *Gong!*  Soar with us as we Reach for the Stars on a magic carpet ride of non-stop panto thrills, spills and downright silliness.
Runs 27th November to 10th January 2016.

A Christmas Carol at the Pegasus Theatre

A Christmas Carol – Charles Dickens’ classic tale of how the miserly, miserable Scrooge learns the true meaning of Christmas is inventive and moving, spooky in all the right places, laugh-out loud funny with a generous helping of Christmas magic, music and adventure.
Runs 4th December to  2nd January 2016

Cutlasses and cannon fire on the high seas. Jim and Long John Silver are on the trail of pirate treasure. Leading a crew of the scurviest sea dogs you ever saw and following a battered old map they’ll find more than they bargained for over the horizon. Scramble on deck for Creation’s fifth family Christmas show at The North Wall. From the team behind last year’s riotous and eccentric The Wind in the Willows comes a new adaptation full of sea shanties, swash buckling and sword fights.
Friday 4th December to Saturday 9th January 2016

Join us for a festive feast of fun & games, songs, smiles & laughter. Come & help the Grinch learn the true meaning of Christmas.
Suitable for all the family (Ages 4 to 104)
Saturday 19th December.

Puss In Boots at The Players Theatre, Thame

Thame Players return to the tried and tested family style of pantomime with this year’s production of Puss in Boots.  Full of corny jokes, colourful songs and dances, comic characters, goodies and baddies, and of course, the good fairy who helps our hero triumph over evil in the end.

Deep in the heart of Sherwood Forest, a band of Merry Men live free, led by their dashing young hero – Robin Hood. Righting wrongs with a quiver full of arrows and a heart full of courage, our outlaw hero takes on his nemesis – the wicked Sherriff of Nottingham.

Stuffed full of dames and damsels, swashbuckling sword-fights and sweeties by the sack-load, this laugh a minute adventure hits the perfect bulls-eye. The greatest english legend of the man in the hood and the babes in the wood, becomes the funniest, most exciting panto of the year.

To mark the 150th anniversary of the publication of Lewis Carroll’s Alice’s Adventures in Wonderland, Creation Theatre will set loose the Mad Hatter, the Cheshire Cat and the Queen of Hearts in a new adaptation for Alice fans young and old.