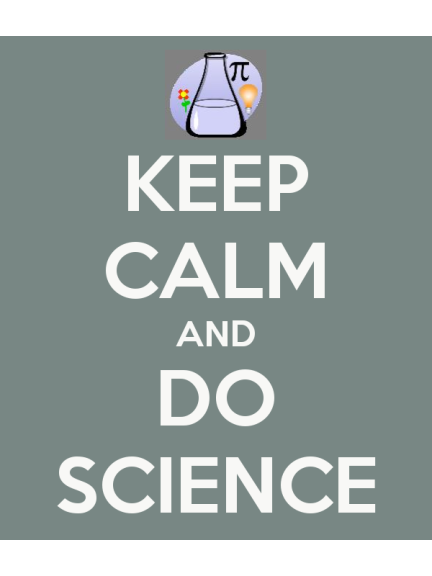 How many times have you heard some well established principle of the natural world dismissed as “Well... it’s only a theory, so what?”  This is of course particularly true of those wishing to dismiss phenomena  such as climate change or evolution by natural selection which sit uncomfortably with their pre-conceived world view.

“Yeah,” they shout gleefully, “you can’t PROOVE its true – its only a theory...”  Such statements display a woeful ignorance of the nature of the scientific method and how it is the best method we have for amassing reliable knowledge about the workings of the natural world.  The fact that science doesn’t (and by virtue of the Uncertainty Principle never will) know everything does not mean that science knows nothing.

So what is science and how does it operate?  Science is a collaborative framework for building reliable models of the universe which have explanatory and predictive power.  It does this through a process of observation, conjecture, hypothesis, experiment, refutation and peer review.  Scientific knowledge does not derive from the revelation of one's favourite  ‘space pixie’ but from critical and consensual agreement throughout the scientific community that a particular model provides the best possible explanation for some observed phenomenon. Such a model must survive all experimental and theoretical attempts to refute it  and have been subjected to extensive critical analysis by competing scientific peers. Furthermore, such a model must be experimentally verifiable, have been repeated multiple times by independent experimenters and be capable of predictive behaviour.

In this way, science proceeds by creating and critically evaluating competing hypotheses – alternative predictive models which attempt to provide the most complete, reliable, irrefutable explanation for some phenomenon of the natural world. The hypothesis which best survives all attempts to discredit it, which best accounts for the evidence and experimental observations, and which offers the most predictive power is elevated to the status of a ‘theory’ – the best current explanation we have for a given phenomenon. A ‘theory’ then represents the very pinnacle of scientific knowledge and provides the greatest degree of confidence in our understanding of the true nature and explanation for something. A scientific theory then is totally unlike the commonplace use of the term ‘theory’ to denote some whimsical and unproven notion that only exists in the head of the theoriser.

For example, Newton’s classical ‘theory of gravitation’ reigned unchallenged for 300 years because its mathematical rigour  provided an immensely powerful tool which to the accuracy of the day perfectly explained and predicted the motion of everything from cannon balls to the heavenly bodies.  There remained however an increasingly number of discrepancies and  unexplainable variations between the theory and observation – the anomalies in the orbit of the planet Mercury and other planets for example.  In 1915 Newton’s theory was supplanted by Einstein’s theory of General Relativity, which not only accounted perfectly for everything covered by Newtonian theory but also perfectly explained all known anomalies. Furthermore, Einstein’s theory was able to make quantifiable predictions that certain unforeseen phenomena would occur which would provide further experimental and physical evidence for the  validity of the theory.  These predictions were confirmed experimentally – most famously in the total solar eclipse of 1919 where starlight was proven to be bent by the gravitation field of the sun caused by its mass. Experimental prediction and observation since then has re-confirmed General Relativity to exquisite degrees of accuracy. The very accuracy of the GPS network is only possible because of the need to incorporate relativistic effects into the fine calculations needed to triangulate a position on the Earth.

We know however with certainty that Einstein’s theory is not the ultimate explanation of the nature of mass, gravity and spacetime. Whilst it accounts for the motion of the very large and the very fast to breathtaking degrees of accuracy, Einsteinian gravity is fundamentally incompatible with that other pillar of modern science – quantum mechanics. Both theories are beautifully applicable within their respective domains of operation, they deliver mutual contradictions and troubling infinities where they come together – within the singularity at the centre of a black hole for example.

Science then is forever questing to derive a better and more encompassing theory which provides a better explanatory model for the universe. By the very nature of the scientific method, it is of course true that science can never know anything with certainly. One thing however that science can be explicitly true about is when something is wrong.

So the next time you hear someone dismiss some almost universally accepted scientific model as ‘just a theory’ then rejoice that we actually base our decisions as to how to proceed in the real world not on received wisdom from authority but on ‘theories’. And talking of authority – there is no scientific authority. No political or pseudo-religious body stands for science and dictates what is the orthodox canonical world view to which all must adhere. The foundations of science are there to be shaken and destroyed at any time by a new theory – provided that theory meets the rigorous criteria for explanatory power, reproducibility, predictability  and accord with the evidence in a way that improves on the currently accepted ‘best explanation’.

The theory is dead – long live the theory.

Business of the Year Awards – the shortlist for Oxford...
Sign up for offers
Sign up for what's on guide
Popular Categories
By clicking 'ACCEPT', you agree to the storing of cookies on your device to enhance site navigation, analyse site usage, and assist in our marketing efforts.
For more information on how we use cookies, please see our Cookie Policy.