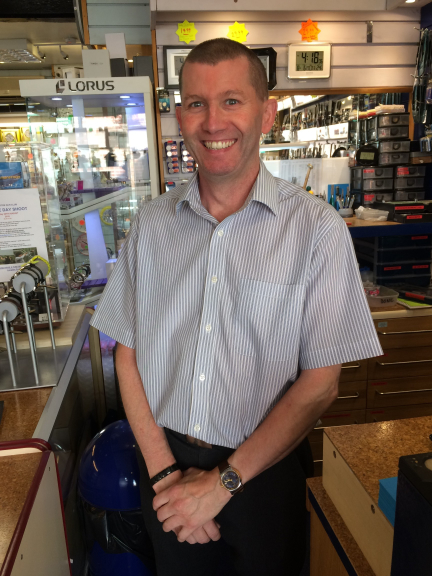 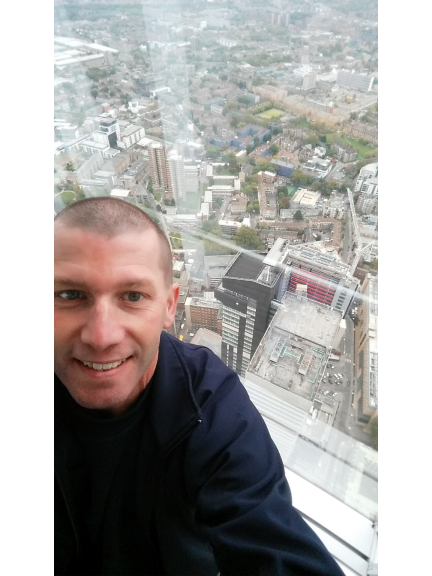 You might be forgiven if you think Ian Webster is a quietly reserved man whose only passion is his 'clock and dagger' (sorry - 'watch') business. After all, he is always in his shop, rarely takes a day off and his dedication 'ensures his customers always get the best service'.

So let's study the man with a magnifying glass.

On close examination, Watson, I discovered a darker side.

Ian Webster started work in 1986 at Claremont in Fleckney, servicing fruit machines, video games, pool tables and pin tables and also carried out minor board repairs. OK, nothing too sinister so far, but read on...

Did he stray from job to job? No he actually stayed in he same trade developing his skills with various companies until 2006. OK, still nothing sinister yet, but I'm still digging!

However, in the late 90s he told me he had 'met a bloke down the pub' called 'John' (a likely story?) who had a watch/clock shop in Northampton.

Anyway, Ian decided to write him a letter, "Dear John..... etc", he started and it turns out, it seems, that 'John' (probable real name 'Sebastion Rolex?) taught Ian to service mantel and wall clocks to a high standard, which was then to become a satisfying hobby for Ian while he was still working elsewhere.

So by now, he's getting multi skilled, and the plot thickens!

Ian by chance had met Alan Godfrey, the then owner of 'Time To Time', a busy watch and clock shop in Manor Walk, who said he was 'soon retiring'.

Well that was the opportunity for Ian to 'strike for gold', and in November 2016, he liked it so much that he bought the company! 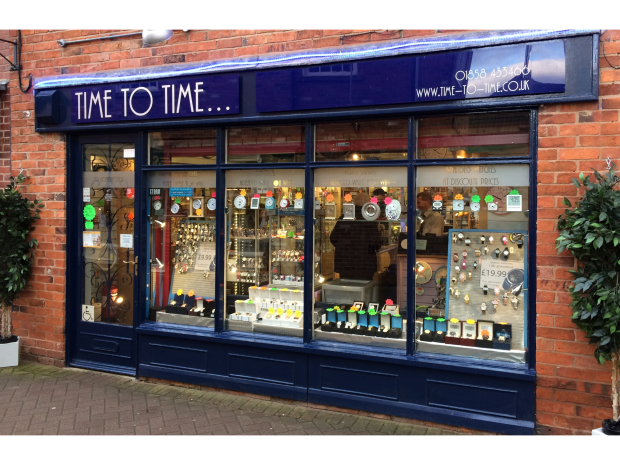 So now Ian Webster is the proud and successful owner of 'Time To Time', and it's all down to meeting 'John' down the pub all those years ago!

So while still 'digging for dirt' (there surely has to be some?), all I could discover was that Ian used to have a dog called 'Vicar' - (a 'collar cross?'), so even his dog's purer than pure!

But, then the 'break through - I found out through 'clever interrogation' that his secret passion (Ian's that is) is 'thrill seeking'! (Cue dastardly music again!)

Ian is (or certainly was) a season ticket holder to all the major theme parks and there's nothing he likes better than being scared out of his wits on a Sunday afternoon at Alton Towers on all the big rides! Well that can't be normal - can it?

He is also a keen Clay Pigeon shooter, and Mini Car enthusiast and so despite his passion for his 'clock and watch' business, he is still able to find other interests - at least from 'Time To Time'.

So nothing sinister there either! "Watson - you're FIRED!"

It seems I'll have to keep digging.

To meet Ian, and to discover the man behind this great little business, call in at:

Ten Tips to stay safe if you shop online

So What Makes A Good Hairdresser in Market Harborough?
Sign up for offers
Sign up for what's on guide
Become an author
Popular Categories
By clicking 'ACCEPT', you agree to the storing of cookies on your device to enhance site navigation, analyse site usage, and assist in our marketing efforts.
For more information on how we use cookies, please see our Cookie Policy.