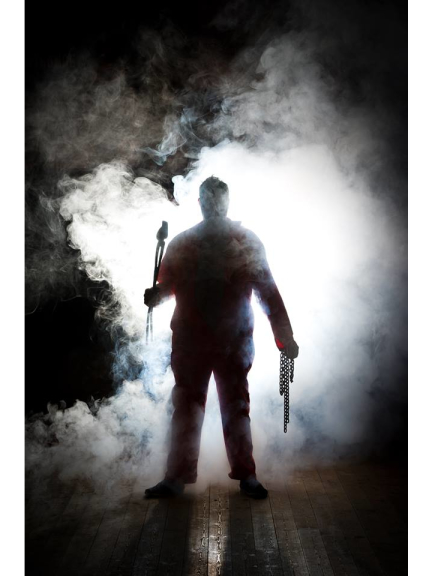 As the nights draw in the story unveils…

Deep in the dark of the Leicestershire countryside a haunted presence has been discovered at a derelict site situated outside the small market town of Melton Mowbray.  Over the years there have been several reports from locals of supernatural activities, but to this day, none have been confirmed.  If old wives' tales are to be believed, those who enter never return.

Dare you step inside and take a tour of ‘The Pie Factory’?  Famous for its speciality pies, you'd better watch your back if you want to leave with your limbs intact.

Taking the emergency exit will give no reward as you fall into the Dungeon and witness the Punishment beneath. Battle through the demons, there is light on the other side.  There is a chill in the air and the corridor lightens as the sound of laughter can be heard.

But don’t be fooled.  The Jesters will take their revenge.  The laughter grows louder as you enter a chaos of curtains.  Want to go home?  Follow the claustrophobic corridors of the Farmhouse of Fear, perhaps you will be spared.

This spine-chilling evening attraction is set to release its demons again on 25th, 26th & 27th of October.  Beware. Twinlakes FamilyTheme Park has been transformed into a place of fear and terror. Melton Mowbray has never seen such horrific sights.

Warning. This is not for the faint hearted, under 12’s or those with a nervous disposition.