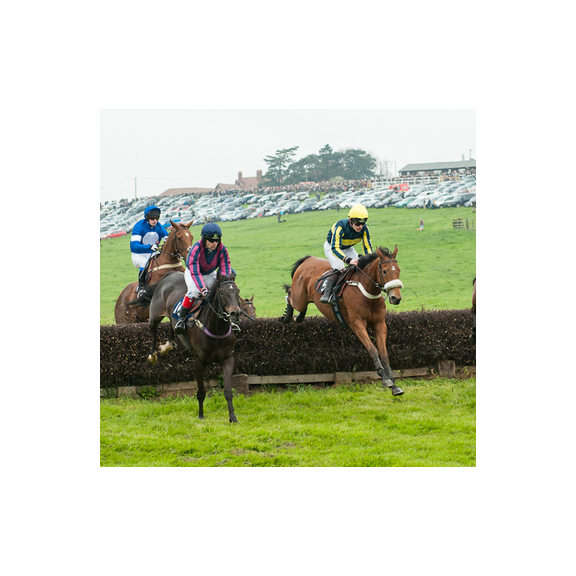 The seven-race card gets under way at 2.00pm with a six-entry Hunt Race and runs through until 5.30pm when there are 27 possible runners for a two and a half mile young horse Maiden.

Such is the strength of the entry, the penultimate race, the three mile Maiden, may even need to be run in two divisions as 30 are engaged and the maximum field size is only 16.

Saturday is the last chance to score points in the East Anglian jockey and horse championships. With only eight points awarded for each victory, the two main County Linen Services-sponsored riding titles are already cut and dried, with Ben Rivett, from Sharrington in Norfolk, 29 points clear in the men’s standings and Gina Andrews, from Lilley in Hertfordshire an incredible 71 points ahead in the ladies’ section.

One title that is still very much up for grabs is the Richard Weller-Poley Challenge Trophy for East Anglia’s top horse. Sheriff Hutton is currently joint top of the standings and could clinch the prize with victory in either the 24-entry PPORA Club Members Novice Riders Race or the Mens Open, for which 21 are engaged.

If Sheriff Hutton is beaten, it will leave the door open for It Was Me, who is among the 14 possible starters in the Ladies Open and is currently just 3 points behind in the Weller-Poley standings.

Amazingly,  Sheriff Hutton and It Was Me are both trained by Nick Wright at Badlingham, near Newmarket, and victory for either would crown a fantastic season by taking his annual tally into double figures – quite an achievement for a small yard.

Dingley is one mile east of Market Harborough near the A427. Admission will be charged at £15 per car and driver, with an extra £5 for each additional adult passenger. Under 17s will be admitted free.