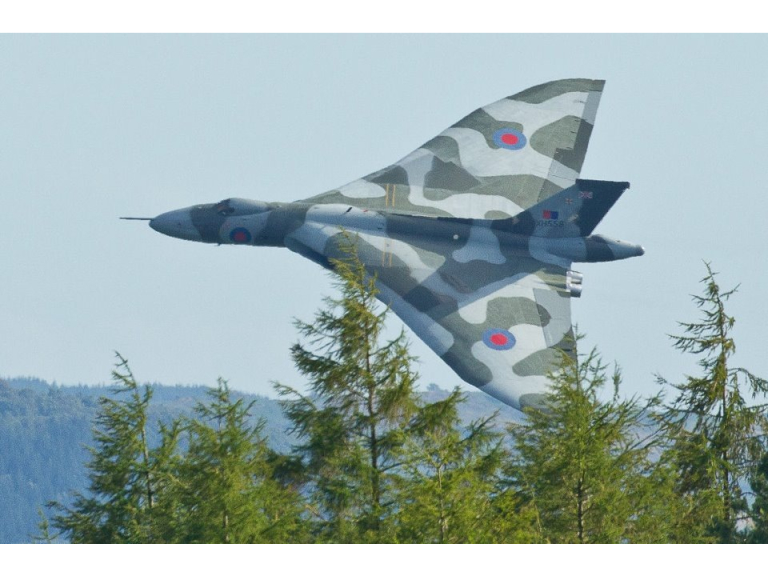 Really sad to hear the news from Vulcan to the Sky Trust, the charity that operates the last flying Vulcan bomber, that it is planning for 2013 to be the aircraft’s final flying season.

I was at Bruntingthorpe back in the early 90s when XH558 arrived, having been retired from the RAF, and when she made her final fly past before landing, with the bomb bay doors open and 'Goodbye Everyone' painted on the inside of them, I defy anyone not to have had a lump in the throat and a tear in the eye at the thought of this amazing aircraft being grounded forever.

It's no surprise then that I've followed the news from the Trust ever since they first began the amazing task of restoring Vulcan XH558 for flight. Sadly, at the end of next year’s display season, six years after the return-to-flight, XH558’s current cleared flying life will have been almost completely consumed.

I watched from a local village when she first took off again in October 2007. Since that time, Vulcan XH558 has been seen by more than ten million people at over 60 locations, with a remarkable three million turning out to see her during the 2012 Diamond Jubilee season. Through school visits and other educational projects, she has helped to inspire new generations to enter careers in engineering and aviation.

Trust chief executive Dr. Robert Pleming explained the decision to supporters: “We are sure you are aware that all Vulcans have a finite safe flying life and that XH558 is already well beyond the hours flown by any other aircraft of her type,” he wrote. “At the end of next year, she will need a £200,000 modification to her wings to increase her flying life. We know that you would do your utmost to fund this work, but for a number of reasons we have decided not to ask you to take this risk.”

Dr. Pleming concluded; “It is therefore with great sadness that we have told XH558’s supporters that we are planning for next year to be the last opportunity anyone will have, anywhere in the world, to see a Vulcan in the air. I’d like to thank everyone who by the end of 2013 will have contributed to achieving six fantastic years of Vulcan displays since the restoration; it’s a remarkable achievement that many people said would be impossible. With the passionate and generous support of the British people, we returned an all-British icon to the sky and brought the excitement of engineering and aviation to new generations.”

This year, the Diamond Jubilee of the Vulcan aircraft type, has been a remarkable one for XH558. She has delivered displays that have been acclaimed as amongst her best ever, she’s opened and closed one of the world’s greatest airshows, flown with The Red Arrows, honoured Cold War airmen, taken part in the dedication of a memorial to the heroes of the Falklands conflict (in which Vulcan XM607 played a famously heroic role) and reportedly made Her Majesty The Queen smile during a flypast to celebrate Her Diamond Jubilee.

“We are now planning one final, spectacular season,” says Dr. Pleming. “And we need everyone’s support this autumn to help us get there. We have to raise £400,000 before the end of this year to ensure that XH558 can be serviced and safely returned to the air in time for the first airshows of the 2013 season.”

More information on how to support XH558, where to see her and the progress of the service is available on the Trust’s website and in their newsletter. There is also a passionate Vulcan XH558 Facebook community, packed with information and outstanding photography.

It will be a very sad day next autumn when XH558 makes her final flight. If you do nothing else next summer, make sure you see her display at an airshow - she truly is an amazing piece of engineering.