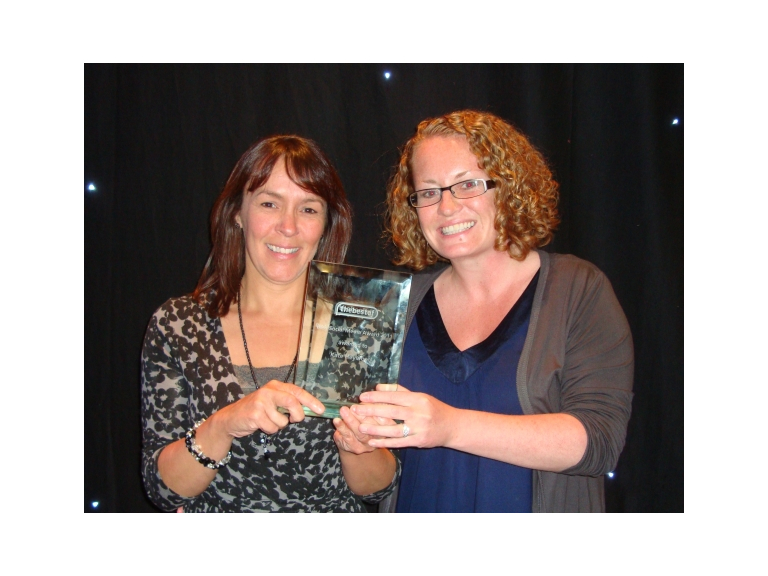 The Best of Guernsey have recently returned from thebestof Annual Conference, Awards and Ball 2011, which took place in Coventry on Friday 13th May, with a new member to our team - our first award!

Over 300 'thebestof' franchises from across the UK and Channel Islands attended the conference during the day which was themed 'Getting Connected'.  We certainly did this as we caught up with people we had not seen since last year and enjoyed making new acquaintances and forging friendships from different regions around the UK.

Thebestof Head Office had lots of updates and new initiatives to tell us about - which we will soon be implementing to make The Best of Guernsey even better - and had invited guest speakers from several different parts of the country to share their ideas and successes in certain areas of the business.

Achievements were recognised by Head Office in the form 'Our Stars of 2011' awards where hardworking franchisees were rewarded for their efforts.

There were two other awards handed out which I must highlight from the others because The Best of Guernsey was nominated for both:

Outdoor Media Award (for our 'Back of a Bus' promotions)

We were very surprised to be nominated for two awards but deighted that our hard work over the last year had been recognised by bestof HQ and that our wonderful island got so much recognition.

Outdoor Media Award - thebestofcamberley
(where site owner John Udal had taken billboards to the extreme and installed a 125ft billboard down the A30 - so thoroughly deserved!)

Thanks to all involved for this accolade - it was a great honour to go up and accept this award and we certainly enjoyed celebrating at the ball later to the sounds of The Ministry of Soul.

We are now more excited than ever about the future for thebestofguernsey and continuing our mission to promote some of the best businesses in Guernsey and deliver valuable information to islanders.

Coming away with lots of new ideas and initiatives to put in place - so watch this space!

Clarins Hosted Live Digital Event
Sign up for offers
Sign up for what's on guide
Become an author
Popular Categories
By clicking 'ACCEPT', you agree to the storing of cookies on your device to enhance site navigation, analyse site usage, and assist in our marketing efforts.
For more information on how we use cookies, please see our Cookie Policy.