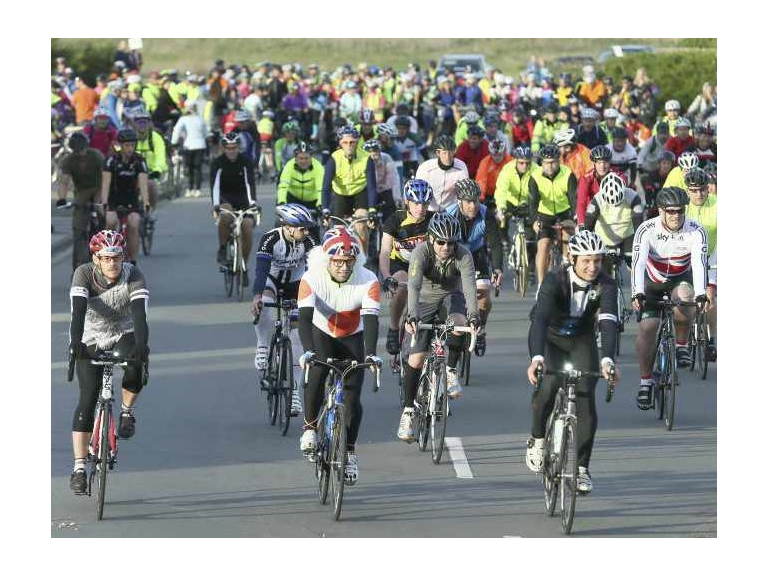 The Night Ride is an annual charity event organised by the Guernsey Bicycle Group and Healthspan. Entrants cycle pre-arranged routes after the sun goes down, on decorated and well-lit bikes, to raise funds for charity.

This year the 377 local entrants managed to ride a combined distance of 10,500 miles, equivalent to the distance from Guernsey to the Chinese capital Beijing and back again. Their efforts raised an amazing £9,000 to be split equally between Guernsey charities the Priaulx Premature Baby Foundation and Autism Guernsey.

Rollo de Sausmarez, Chairman of the Guernsey Bicycle Group, commented: “We were blown-away by the turn-out to our event which, like the Guernsey Bicycle Group itself, had something for everyone - from “lycra clad racers” to “shopping bike potterers” and everything in between. The 377 participants not only raised money for charity, they exemplified the joy and camaraderie that people enjoy every time they get on their bikes.”

Competition prize winners in the five ‘best of bike’ categories were:

Prizes sponsored by Ian Browns Cycle Shop, Millards, Adventure Cycles, Cycle World and Healthspan were awarded to the winners on the night. The most money raised by a corporate team is still being finalised for the GBG Rosebowl award.

Ann Outram, Healthspan’s Corporate Relations Manager, commented: “It was brilliant to see so many participants and our thanks go to everyone involved in the evening that helped make it fun, atmospheric and memorable, along with the participants, in particular all the volunteers and helpers."

Ann added: "The support of Guernsey Police, Vistas Café and many more all contributed to the success of the event and the tremendous fund raising achieved for our two nominated local charities.”