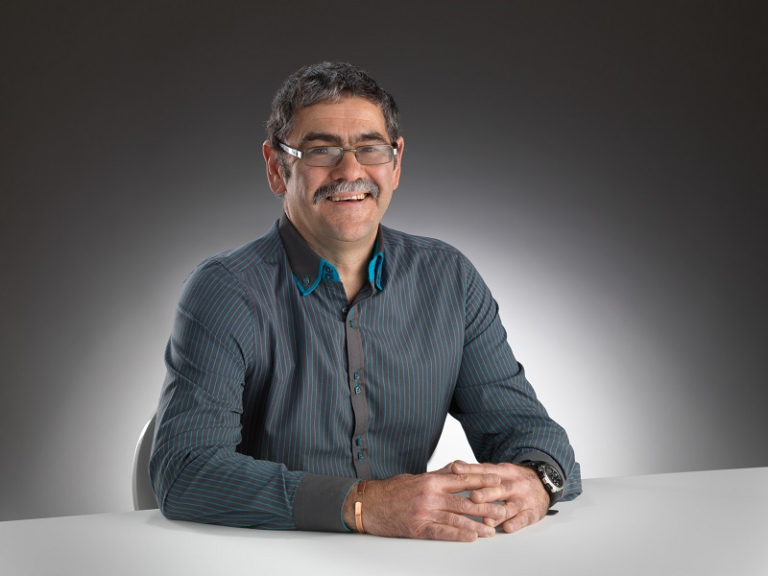 Gary's career has spanned over forty years and he has been involved with many major engineering projects as varied as the Guernsey Post's current headquarters, the iconic development of Le Rondin School, the Dorey Centre at St James, St Pierre Park Hotel, Checkers Superstore and the Friquet Garden Centre.

Gary started out as an engineering apprentice at Guernsey Steel, worked for an electrical engineering firm, then moved to Guernsey Glass before joining engineering consultancy firm Muir Wilson in 1979. That company has been through many name changes and mergers over the years, most recently at the start of this year, though Gary has remained a constant throughout, with the exception of a year out to work on the Royal Bank of Canada project.

Almost anyone in construction in Guernsey will know Gary, either in person or by reputation. He is a man who doesn’t waste words and brings a wealth of engineering knowledge to every project. Together with his practical and problem solving skills, Gary is renowned for his attention to detail and the personal service he gives to every client.

There are few properties left on Guernsey that Gary has not been involved with in some way. As a keen diver, fisherman and boating enthusiast, there are not too many areas of the coastline left unexplored by him either!

Don Babbé, Managing Director of Babbé McCathie, said that Gary’s appointment to the board reflected the significant contribution that he has made to the company over his many years of service. He went on to add: “Gary is held in high esteem by his colleagues and by the many other engineers and construction professionals he has worked with and demonstrates not only a high level of technical knowledge but also the eye for detail and friendly, yet professional, approach that we and our clients value so highly.”

We hope that you will join us in congratulating Gary on his deserved promotion.

Gil works as administrator for McCathie Associates, and is a keen writer and painter