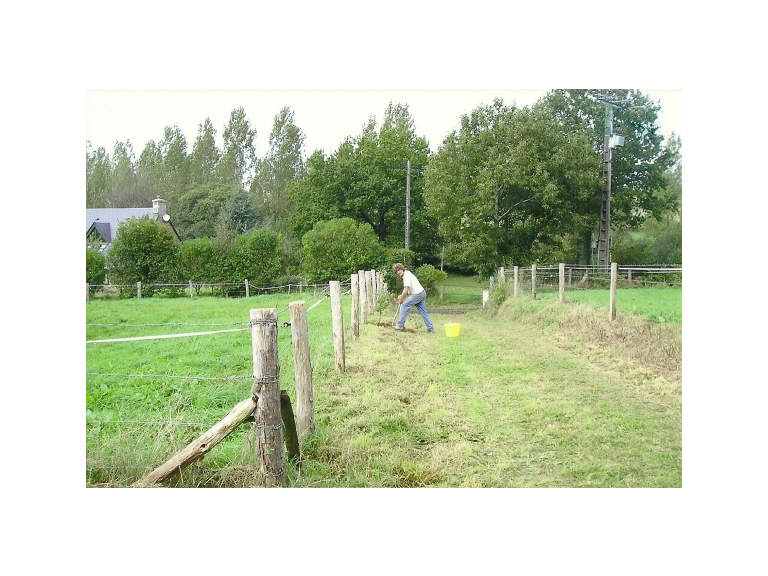 On one of his visits, Rene my local Mayor from my new adopted village, asked me what I intended to do with the small dwelling I now owned in the middle of the fields and if there was any way in which he could help.

I told him I would like to renovate the little building in the traditional way using traditional materials. He was pleased with my sympathetic approach to the project as it would be in-keeping with it's surroundings. I also explained that I would like to extend the length of the dwelling to allow for a kitchen and a bit more space upstairs. I asked him about the possibility of adding three dormers (or sitting dogs as the French call them) either side of the roof which would add character and roof space. He had no problem with any of my ideas but told me to bring a drawing to France the next time I came and he would do his best to get it passed through planning. You have to get a 'permis de construit' to allow a build to go ahead.

On my return to England one of my first jobs by complete coincidence was to convert some stables in Littleton between Godalming and Guildford. This was only five minutes from my home and surprise, surprise with six dormer windows in the roof. It was also a strange coincidence that the building was sat up on a hill surrounded by countryside.

The whole job felt like the type of project in the same surroundings that I wanted to undertake in France.