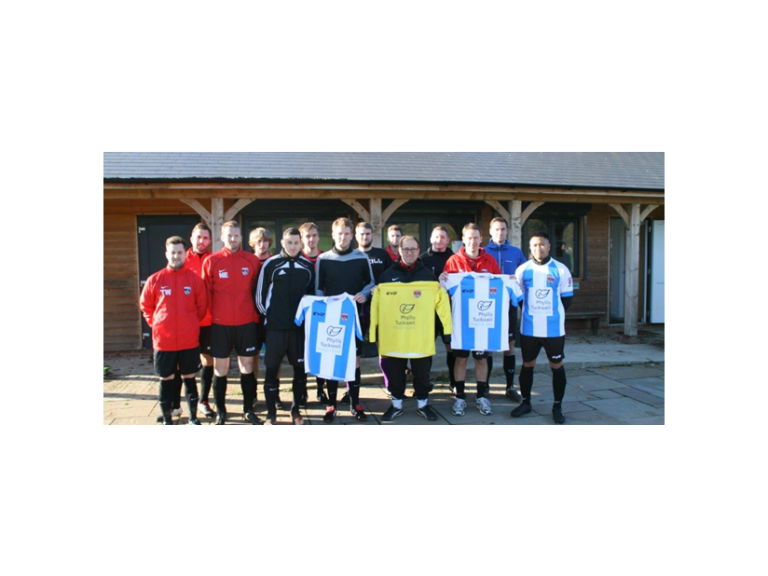 First Team coach and secretary, Matt Kiley, explained that the Club was keen to support Phyllis Tuckwell – which provides supportive and end of life care to patients and families facing a terminal illness – as a number of its members had had personal contact with the Hospice Care charity in the past. Speaking at the team’s match against Woking Cougars on Saturday, Mr Kiley said that the club would be looking for ways in which to support Phyllis Tuckwell over the next year.

“As a local charity, we rely heavily on the support of our local community to help us raise the money we need to provide outstanding care to patients and their families who are facing the most difficult of times,” said Paul Pearson, Corporate Fundraiser at Phyllis Tuckwell. “Every day we support over 250 patients and relatives, but as the NHS/Government only covers 20% of our costs, we have to raise over £15,000 a day to do this. We would like to offer our sincere thanks to Hambledon Football Club for choosing us at their Charity of the Year and wish them the best of luck in the forthcoming season.”

For 40 years Phyllis Tuckwell has been supporting and caring for patients and families who have been given the worst possible news in West Surrey & North East Hampshire. We rely on the support of our community...

What are the interior design trends for 2020?
Sign up for offers
Sign up for what's on guide
Become an author
Popular Categories