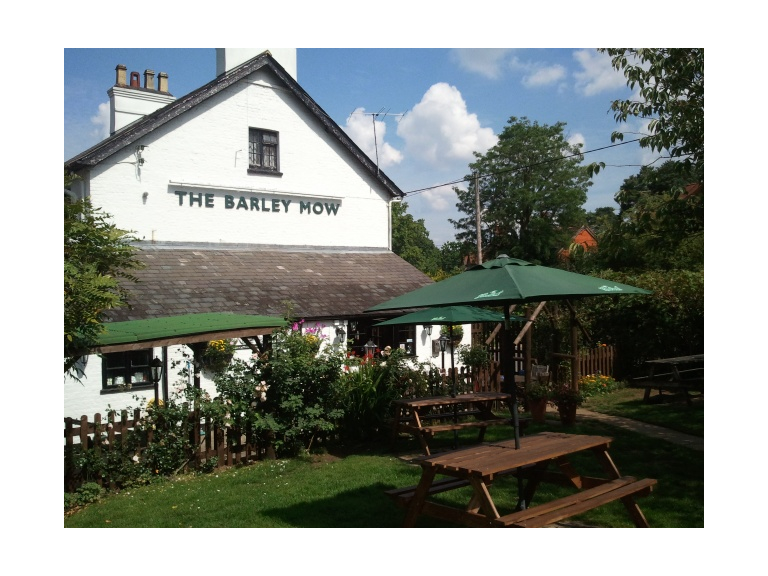 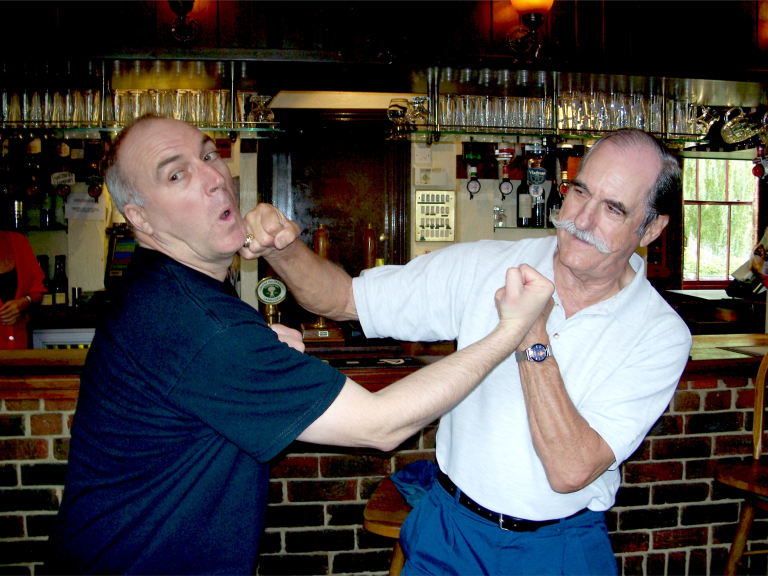 Last week I popped into The Barley Mow at The Sands in Farnham to collect some testimonials and George and Abbie told me about a visit that the pub had received from The Sherlock Holmes Society of London. So I contacted Roger Johnson and Jean Upton authors of Sherlock Holmes Miscellany to get the full story....
Their visit started on a Saturday morning was devoted to "The Solitary Cyclist" and started at Farnham station to which the beautiful and intrepid Violet Smith cycled each weekend from Chiltern Grange. They followed her wheel tracks to Puttenham Common which Dr. Watson called Charlington Heath to Hampton Lodge (Charlington Hall). Then as Sherlock Holmes was renowned  they visited the local pub, The Barley Mow , where Robert Graham and Jack Schrandt much to the amazement and amusement of The Sands pub locals re-enacted Holmes's tussle with Roaring Jack Woodley. They then moved onto Compton and then back to Aldershot to visit other places of interest. But The Barley Mow at The Sands in Farnham remained the scene of the action for the visit.