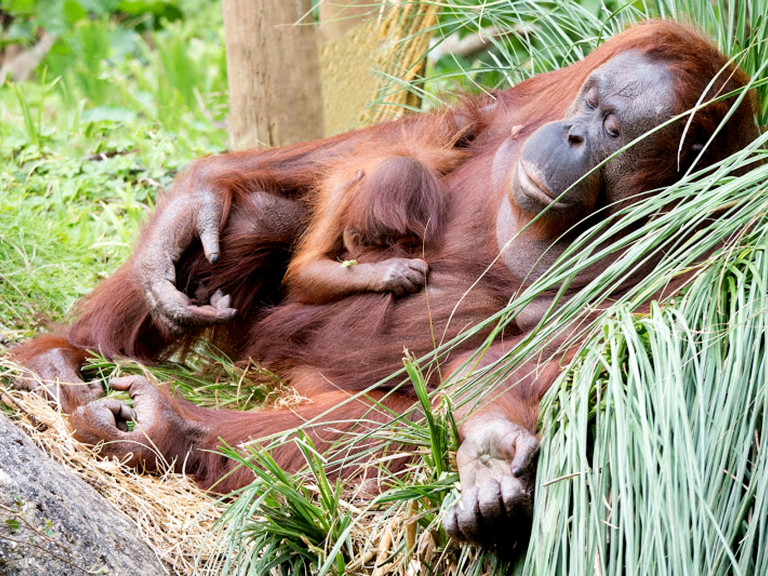 The British and Irish Association of Zoos and Aquariums (BIAZA) announced the winners of its annual photography competition sponsored by Wildlife Vets International at an award ceremony hosted by Woburn Safari Park. There were 63 entries, with shots conveying life in a BIAZA collection, work behind the scenes and zoo conservation work around the world.

The competition is open to staff, members, and volunteers of BIAZA zoos and aquariums and is judged by two BIAZA representatives and two external judges on technical quality and aesthetics.

There were four categories; Ray won the Threatened Species class, where the winner was selected from entries to all the other categories.

Dr Kirsten Pullen, head of BIAZA, said: “BIAZA's Annual Photographic Awards highlight not only the stunning animals visitors can view when they come to a BIAZA zoo, but behind the scenes and field conservation work being carried out by our members, too.”

Paignton Zoo spokesperson Phil Knowling said: “It is a delightful photograph showing the bond between mother and baby and one aspect of life in a modern zoo - sanctuary. Ray is a deserving winner, he has taken so many fine photos for us – his patience and dedication are extraordinary and his eye for the perfect picture second to none.”

Ray said: “The picture was taken last August. Mali had just finished eating and ambled over to the pampas grass with Tatau clinging on. She laid down and in next to no time Tatau was asleep. Mali made the most of it and dozed off as well. This bliss didn't last long though, because after a few minutes there were a few spots of rain - Mali hates the rain and she promptly got up and went indoors for shelter. My wife Jean was critical to me getting this photo, because we were just going home after a day of photography at the Zoo and she said “Let’s go and see Mali and Tatau before we go.” How lucky was that, then?”

Paignton Zoo Environmental Park is a registered charity. For more information go to www.paigntonzoo.org.uk or ring 0844 474 2222.