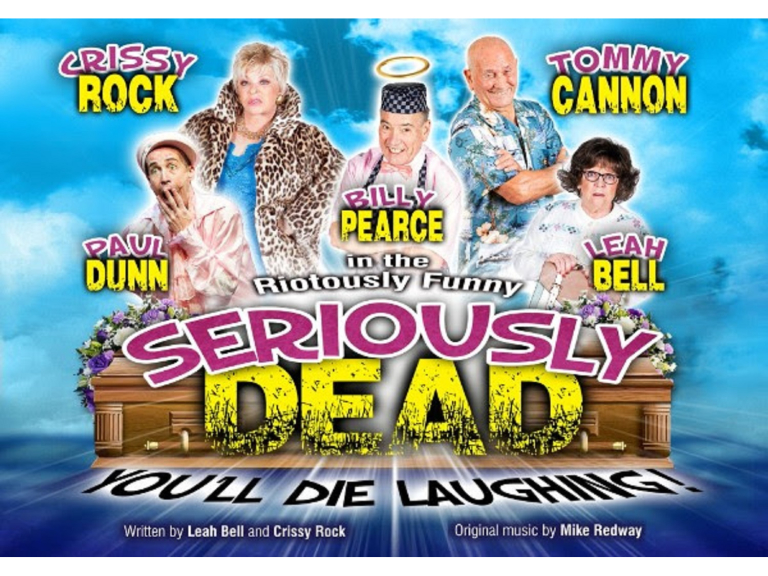 To win 2 tickets to the brilliantly funny Seriously Dead, starring Tommy Cannon (Cannon & Ball) & Crissy Rock (Benidorm) at TCAT on 18th October simply email your name & contact number to marketing@tivertontheatre.com
Competition closes on Tuesday 9th October and the winner will be notified shortly afterwards. For an extra chance to win we will also be running a competition on our Facebook page shortly so follow the instructions on the post to enter there too.

Seriously Dead” is an “up-lifting” tale guaranteed to make you feel there is nothing serious about being dead at all, because life’s party never ends: it simply moves to another location.

One audience member said “If that’s what it’s like when you get to the Pearly Gates – I can’t wait to go!!!

The play tells the hilarious tale of Thelma Henderson deceased who cannot gain entry through The Pearly Gates as the system has gone digitalised and she has the incorrect paperwork. Thelma is told to wait by the scrapyard gates until the issue can be resolved but she finds herself a rather reluctant Guardian Angel watching over her school friend and the one true love of her life, Billy Blenkinsopp.