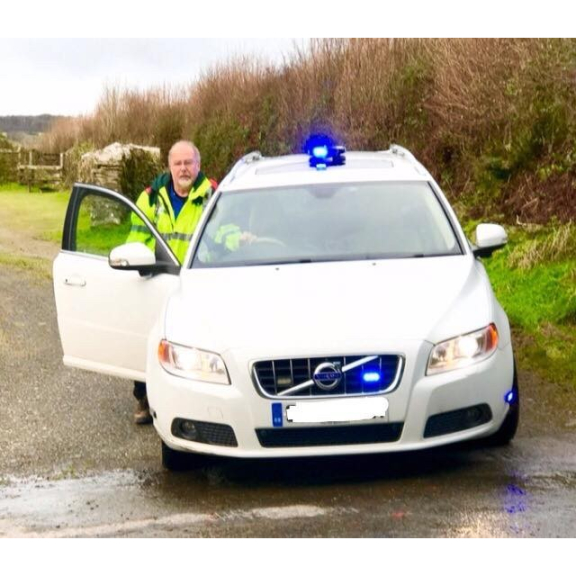 An unsung hero of pre-hospital care in Devon, Stephen has been a voluntary responder for the past 31 years caring for the sick and injured across North Devon. A GP in Barnstaple and previously a Medical Officer in the Royal Air Force, serving last as the Senior Medical Officer at Royal Air Force Chivenor, Stephen set up “TACTICS” the North Devon Immediate Care Scheme, he was instrumental in the merger between TACTICS and PLIMS (The Plymouth based scheme) to form BASICS Devon in 2014. BASICS Devon now supports 13 specialist volunteer doctors across Devon.

“Today my car is at the workshop having the blue lights removed - I have now stopped my "BASICS" responding for South Western Ambulance Services NHS Trust. For those of my friends who don't know, BASICS (BASICS Devon and the national "BASICS") is a charitable cause, predominantly doctors, but some nurses and some paramedics who give their time and expertise to support the ambulance service at more complex incidents, usually Road Traffic Collisions with entrapment or multiple casualties. Initially, it felt strange without a radio by my side and a pager on my belt but somehow the ability to have a drink in the evenings without feeling guilty and being able to plan things without the potential interruption has become more enjoyable, perhaps more importantly is having the boot of my car back again!”

We would like to thank Stephen for support and contribution he has made over many years of responding, he will be enormously missed.

BASICS Devon is now currently fundraising to develop new responders with particular focus on North Devon, with call outs increasing by over 30% BASICS Devon needs your support. If you are interested in supporting us then please visit www.basics-devon.org.uk or email amie.bull@basics-devon.org.uk to see how you can get involved in your community.