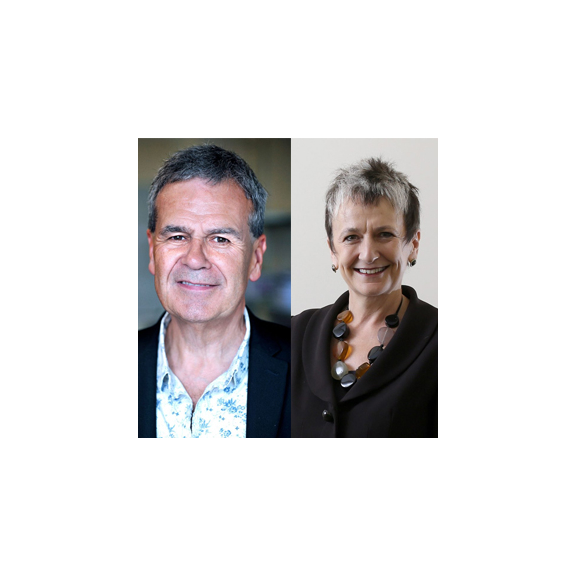 Andrew Ward, Director of Corporate Relations at Brunel University London, brings significant experience from a range of director roles and partnership working in the private, public and third sectors. He will join the Board from 16 September.

Julia Unwin is Chief Executive of the research and policy charity Joseph Rowntree Foundation, where she has completed a decade of service after a career in the development of social policy and practice. She will join the Board in early 2017.

‘The Dartington Hall Trust’s work has arguably never been more important than it is today. Current political and economic uncertainties far and wide make it essential for there to be places for cool, informed reflection and safe havens for innovation and experimentation. Dartington has a vital role in this respect. It provides jobs, facilities and support for start-ups and established businesses, unique learning opportunities, world class artistic activity, sustainable agriculture and research. To be appointed as a trustee at this time is a special honour as well as an exciting responsibility.’

‘I am delighted to be joining the trustees of The Dartington Hall Trust – for so long a beacon in developing new and progressive responses to long standing social and cultural problems, and in bringing art and creativity together with social policy to inspire social change. Having just completed a decade at Joseph Rowntree Foundation, I offer some experience in the development and leadership of long established charities, reshaping their purpose for the 21st century, while honouring the heritage and motive that founded them.’

‘We are going through one of the most challenging eras in our history at the Trust as we redefine our purpose to secure a sustainable future. But with these challenges come incredible opportunities. To guide us through, we need strong governance and the ability to draw on a significant platform of expertise and new connections relevant to our diverse operation.  I very much look forward to working with Andrew and Julia as new trustees.’ The new trustees have been appointed via an ongoing recruitment process to complement, enhance and revitalise the Board. The two new appointments follow those of Geetie Singh and Greg Parston earlier in the year. The Board is currently seeking to strengthen its expertise particularly within arts management and production, environmental sustainability and land use. It also wishes to widen its knowledge of local, regional and national progressive enterprise, arts and education.

Andrew Ward is Director of Corporate Relations at Brunel University London where he builds and maintains links with key industrial, intermediary and third sector partners, supporting academics to work closely with business and raising the University’s profile among employer and other communities.  He also serves as the University’s Innovation Champion.

Andrew has served on the boards of 54 private, public and third sector organisations, was the founder chair of what is now West London Business, recently being reappointed as Deputy Chair, and has chaired the London Chambers Network. He has been a director of companies in the timber, media and IT industries and has even owned a pub! He has undertaken consultancy for organisations as wide ranging as the Thai Government and the UK Probation Service.

Andrew is passionate about the arts, especially music, and is currently Chair of NMC Recordings, Chair of the Dartington International Summer School Foundation, Associate Director of the Institute of Composing, on the advisory board of the Music in Secondary Schools Trust and a business advisor to the Board of Watermans Arts Centre and to Mirepoix Musique.

Julia was a member of the Housing Corporation Board for 10 years and a Charity Commissioner from 1998-2003. She was also Deputy Chair of the Food Standards Agency and worked as an independent consultant for 15 years within government, voluntary and corporate sectors. She has researched and written extensively on issues relating to philanthropy, the voluntary sector and its relationship with government. Her publications include ‘Why Fight Poverty?’ (2013).

Julia was chair of the Refugee Council (1995-1998) and is a member of the University of York’s Council where she is a Pro-Chancellor and a Governor of the National Institute of Economic and Social Research. In 2010, Julia was awarded the Outstanding Leadership Award in the Charity Awards and then a Fellowship of the City and Guilds of London Institute in June 2012.

She has Honorary Doctorates from the University of South Wales and from York St John University, and in 2016 was made a Provincial Canonry by the Archbishop of York.