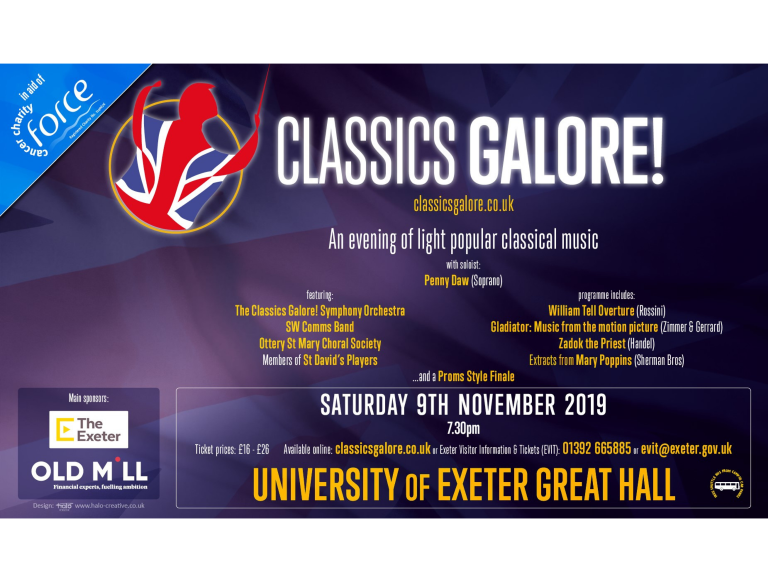 Tickets are now on sale for the latest Classics Galore! concert at the University of Exeter Great Hall on Saturday November 9.

It’s the seventh time Exeter’s very own night at the proms has been staged in aid of FORCE Cancer Charity.

As well as providing superb entertainment, Classics has now raised nearly £90,000 for FORCE.

This year’s concert will be particularly poignant as Dick Passmore, the event’s inspirational founder, died in February. 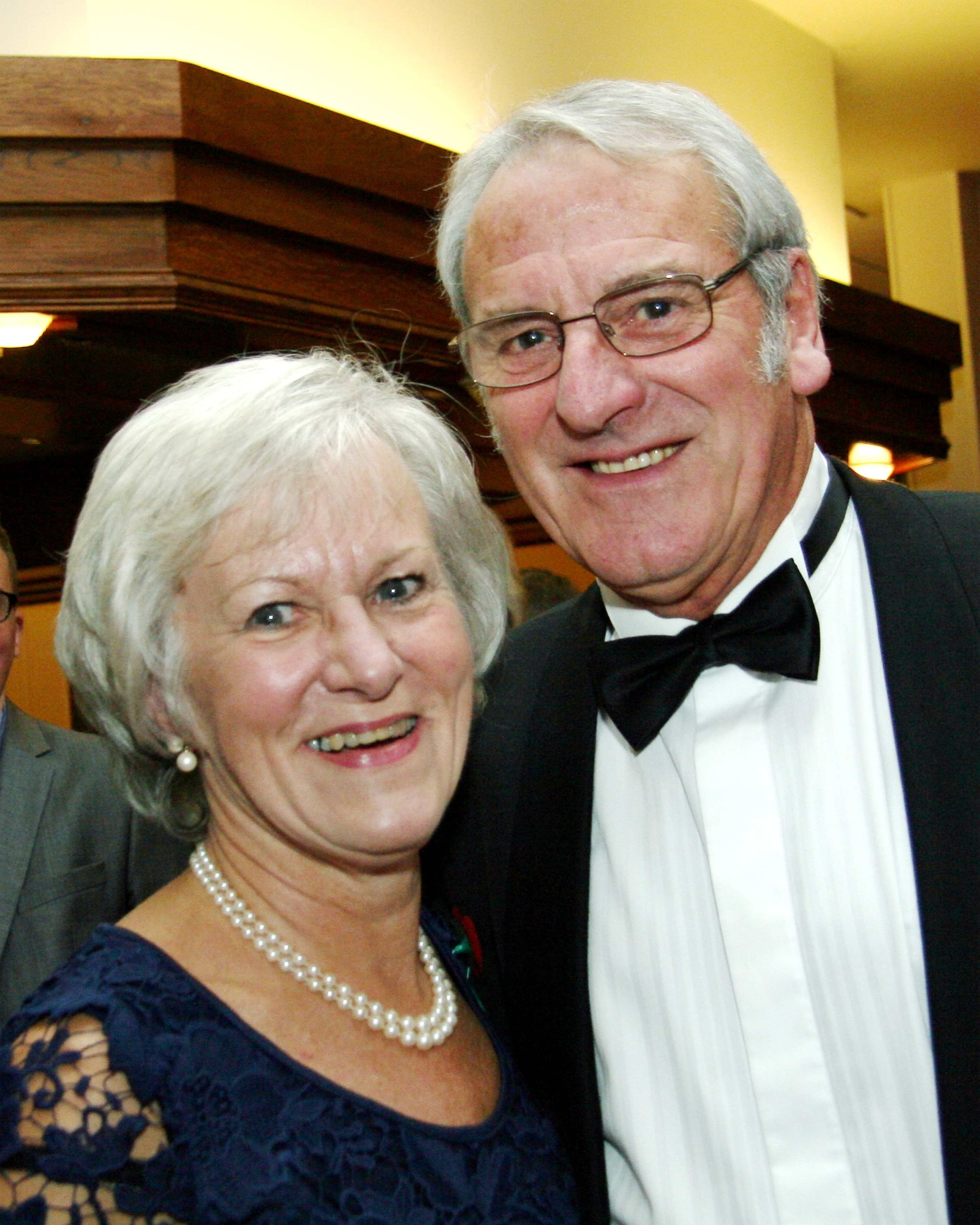 Dick and his wife, Posy, organised the first Classics Galore! in 2007 and have been the driving force behind these concerts ever since.

They have been held every two years and Dick was determined to reach his goal of raising a total of £100,000 for FORCE at this year’s concert.

Peter Payne, Chairman of the Classics Galore! Committee, said: “We would like to make this a special night in Dick’s memory by not only achieving that goal but also enjoying an evening that he would be proud of.”

The profits from this year’s event will go towards funding the delivery of chemotherapy for cancer patients in Okehampton, Tiverton and Honiton.

FORCE pays for specialist nurses from the Royal Devon & Exeter Hospital to administer some of the more straightforward treatments at weekly clinics in all three towns, saving patients the potentially more stressful journey to Wonford whenever possible.

A full orchestra will perform alongside the award-winning SW Comms Band from Lympstone and singers from Exeter’s St David’s Players and Ottery St Mary Choral Society.

The evening culminates in a rousing Last Night of the Proms style finale, led by soprano soloist Penny Daw.

The Terrace Bar of the Great Hall will again be open for meals before the concert and an enhanced shuttle bus service to and from the main car parks will be provided for patrons.

Tickets are on sale at the Exeter Visitor Information & Tickets (EVIT) – call in at the Dix’s Field office, email evit@exeter.gov.uk or phone 01392 665885.

You can also buy online through the Classics Galore! website - www.classicsgalore.co.uk