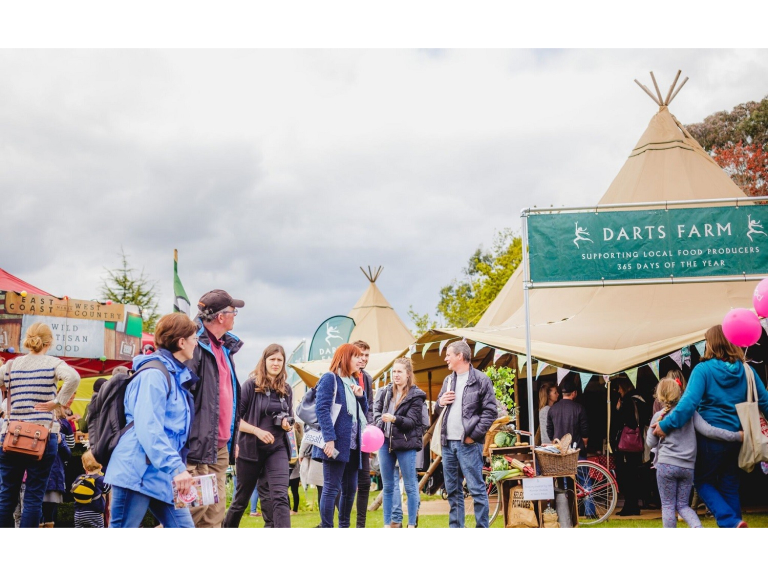 For the first time in its history, the festival ran on the Saturday, Sunday and Bank Holiday Monday drawing thousands of food fans and families across the three-day weekend. The sunshine on Saturday saw crowds pack out the event while wet weather on Sunday did little to dampen the spirits of festival goers who turned out in force to see Tom Kerridge take to the cookery theatre stage with Michael Caines. The cookery theatre welcomed no fewer than six Michelin starred chefs on the Sunday, part of a seven Michelin starred line-up over the weekend - giving festival goers the chance to learn from the experts. Thousands chose to spend their bank holiday Monday at the festival, entertaining the family with Fun Kitchen cooking workshops, craft activities and bug-eating challenges.

The party really got going at the After Dark Music Festivals with the Locked Horns and Bill Ding and the Skyscrapers entertaining the crowds.  A large Festival Bar and producers selling delicious street food provided party-goers with plenty of sustenance for dancing the night away to the live music acts.

Festival co-founder, Michael Caines MBE said: “Our fourteenth Food Festival has been fantastic. This year we decided to change things up a bit by moving to the bank holiday weekend and we’re really glad we did. The crowds came out in force, even during the wet weather on Sunday. We were really pleased to have the likes of my dear friend Tom Kerridge joining us this year and his demo and talks went down a storm with the festival fans.”

Other features included the Festival Question Time with BBC Radio Devon and the Westcountry Bakery offering visitors a host of entertaining and informative demonstrations and debates. The Darts Farm teepees returned once more with a timetable of fascinating and tasty workshops from cider pairings to sausage making.

Exeter Festival of South West Food & Drink returns for its 15th outing next year on 5th, 6th and 7th May – the early May Bank Holiday 2018.