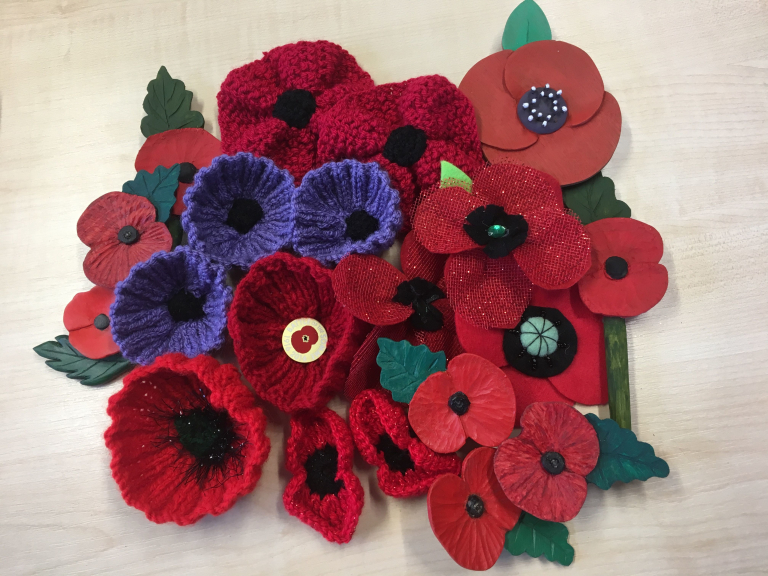 Private Bill Herd was a 25-year-old father-of- two from Exeter when he left his job as a Carter to join the Devonshire Regiment in 1914. He was killed in action four years later at Bapaume, France.

Bill was one of 11,500 Devon men and women who died in the First World War and will be remembered as part of an extraordinary ‘people’s tribute’ staged at the Devon County Show on May 18, 19 and 20 at Westpoint, Exeter.

Six months ago the Show appealed to local people to make a poppy in memory of those who had lost their lives and was stunned to receive just under 31,000 poppies, almost three times the target total.

The commemoration was the idea of Deborah Custance Baker, the Chief Steward of the Crafts and Gardens Pavilion, who took inspiration from the 2016 Chelsea Flower Show.

“Outside the Royal Hospital there was a sea of poppies that had been sent over from Australia and this is the one thing everyone seemed to be talking about.  Driving home, I thought we could copy their idea and commemorate the 11,500 Devon men and women who died in the First World War.”

News about the plan spread and soon poppies started pouring in: “I have been completely overwhelmed by the support for this project – the youngest to create a poppy is four years old, the oldest is 94 years young!

“All the poppies are different - different wool, different colours, different interpretations, but then so were the men and women lost.  But all are very moving and some amazing stories have been sent in with them.

“The one thing that the stories bring home to you is the bravery that these young men showed.  They were so young - 16 to 20 year olds lost their lives for us, and the families are, not surprisingly, so proud of them.  Today a 16 year old seems so young, but then they were going off to War.”

The display, poignantly titled ‘Devon Remembers’, will contain the same number of poppies as the lives lost from not just Devon, but also Cornwall (6,000) and Somerset (9,000) and Dorset (4,500). The poppies will be displayed in the Crafts and Gardens feature.

After the Show the poppies will be carefully stored until Remembrance Weekend (November 11 and 12) when they will be displayed in Exeter Cathedral and ultimately they will all be sold with the proceeds going to the Royal British Legion.

The Devon County Show brings together the best of the county with livestock and equestrian competitions, unrivalled local food and drink, non-stop entertainment and country living.

Tickets are available online and from selected outlets www.devoncountyshow.co.uk