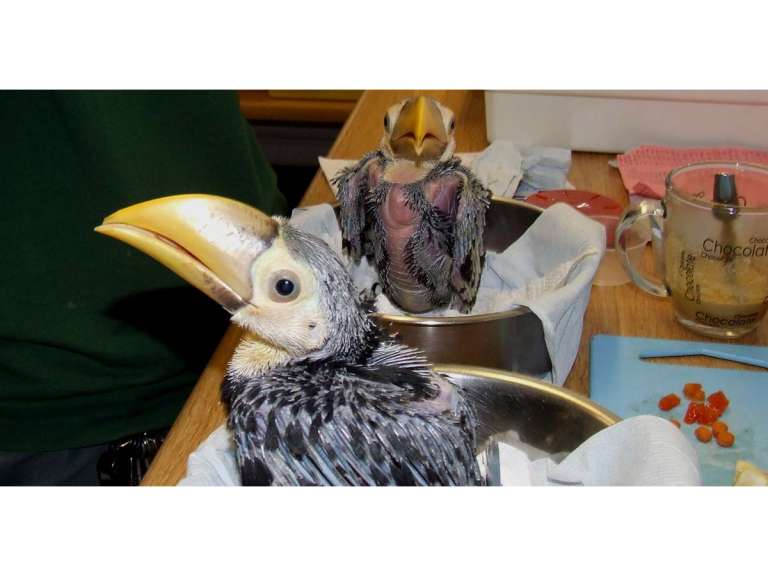 Bird keeper Nikki Watt patiently feeds two toco toucan chicks at Paignton Zoo Environmental Park in Devon. The charity zoo is the only collection in the UK to have hatched this species this year, and one of only three in Europe to have bred this remarkable bird in 2017.

It’s hard to believe that these two, looking more like comical puppets than growing chicks, will turn into examples of one of the most striking and familiar birds in the world. The toco is the largest and probably the best-known member of the toucan family.

At just a few days old, the chicks were blind, naked and helpless, with faces only a mother – or, in Nikki’s case, a surrogate mother – could love. Yet, at one month, they already look more like the famous Guinness toucan with its large, colourful bill.

The chicks are demanding: they are fed first is at 7.00am, then every two hours or so until 10.00pm. Each meal of special baby bird formula and fruit has to be prepared and delivered by hand. Nikki records amounts consumed at each sitting.

The two are being hand reared because their parents have hatched but failed to rear previous chicks. Paignton Zoo Environmental Park is a registered charity. For more information go to www.paigntonzoo.org.uk or ring 01803 697500.