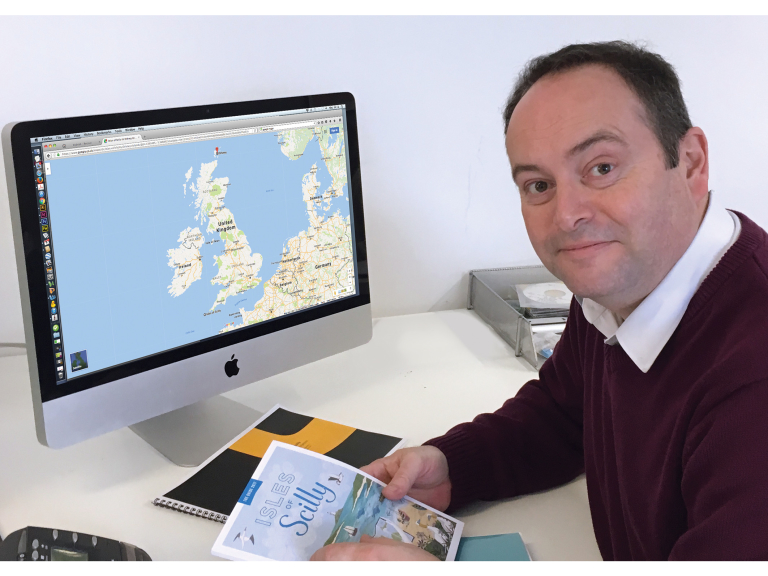 Creative design and digital agency Toucan has announced it has new contracts for clients at both ends of the British Isles – despite being based in the South West.

The Diocese of Aberdeen and Orkney is nearly 900 miles from the Duchy of Cornwall on the Isles of Scilly, but distance is not getting in the way of delivering two major projects.

“Geography is no barrier to working with organisations at the very edge of the country,” said Creative Director Josh Beadon. “But we were slightly surprised that we landed both contracts through word-of-mouth!”

On St Mary’s the award-winning agency is creating a branded interior inside the Harbour Master’s building while in the Highlands and Islands the team is building a website to reflect the Diocese’s diverse communities.

Josh added: “We are working collaboratively with both clients to understand not only their business requirements, but also the unique communities they serve.”

Toucan’s designers recently went on a recce to the Isles of Scilly to meet many of the stakeholders involved in the project.

“Who knew the islands are home to beach dwelling hedgehogs, unique Scilly shrews and St Martin’s ants as well as being steeped in a rich, maritime history?” said Josh.

The company, which has studios in Exeter and Truro, works with a broad range of organisations, landed both contracts through word-of-mouth.

“Now I want to work in the Isle of Man!” laughed Josh.

PIC CAPTION: Josh Beadon, Toucan’s Creative Director, considers the 900mile distance between The Isles of Scilly and The Orkney Isles.