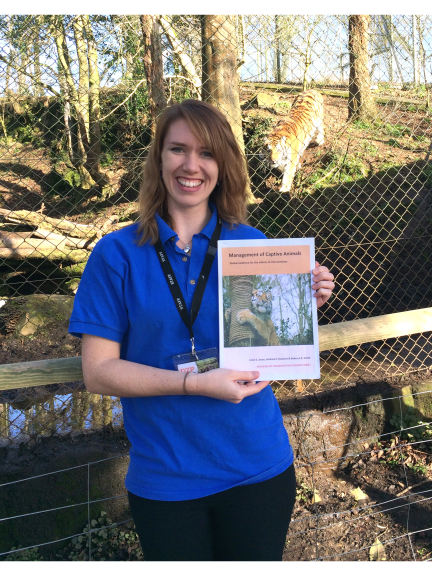 Two local zoological organisations have joined forces with one of the most prestigious names in academia to work on a huge conservation project evaluating the scientific evidence for zoo animal management.

The Whitley Wildlife Conservation Trust - the charity that runs Paignton Zoo, Living Coasts in Torquay and Newquay Zoo in Cornwall – worked with Dartmoor Zoological Park and the Conservation Evidence project at the University of Cambridge.

Evidence-based practice has become a hot topic in many fields, as practitioners see the benefits of basing their decisions on good strong science. This new work represents a global first for zoo husbandry practices. Conservation Evidence has already compiled evidence for many aspects of conservation work, including birds, bats and amphibians and habitats such as forests (www.conservationevidence.com ). It’s hoped that extending the remit to captive animal management will benefit everyone from fieldworkers studying and conserving animals in the wild to keepers, vets and researchers working in zoos, aquariums and captive breeding centres.

Much of the early work of analysing scientific papers relating to the first zoo subject - primate feeding in captivity - has been completed by Coral Jonas. Coral studied for a Masters degree in Zoo Conservation Biology at the University of Plymouth in conjunction with the Whitley Wildlife Conservation Trust, and works as Education Manager at Dartmoor Zoo.

Dr Andrew Bowkett, Field Conservation & Research Programmes Manager at the WWCT, supervised Coral’s Masters project and has a long-standing interest in evidence-based conservation. The work has been co-authored with Rebecca Smith, a Senior Research Associate in the Department of Zoology at the University of Cambridge, who manages Conservation Evidence.

Andrew: “The aim is to help anyone who has to make decisions about how best to manage wild animals in zoological collections for the purposes of conservation. Zoo keepers make dozens of husbandry interventions every day whenever they decide to change any aspect of their animals’ care. Zoos and aquariums have a long tradition of record keeping and information sharing. However, many practices still go unstudied and scientific articles describing studies testing the effectiveness of such interventions are often difficult for curators and keepers to access. This synopsis will summarize scientific evidence about interventions for the care of wild animals in zoos. It does not provide specific recommendations but it will support decision-making by showing what evidence there is - or isn’t - about the effects that planned actions could have.”

Coral’s work on primate studies has been published online as the first chapter in the Management of Captive Animals synopsis; the plan is that more chapters will be added over the coming years. Andrew: “The next step is to attract funding to employ someone full-time to work on this concept. We want to gather all the evidence on all aspects of captive animal management for conservation. This is the start of a project that could take many years.”

The Conservation Evidence project has four parts: an online, open access journal where studies are published; a database of summaries of published evidence; synopses of the evidence; and What Works in Conservation, an annual assessment of the effectiveness of interventions by expert panels, based on the collated evidence. Experts in Singapore, Taiwan, the USA and the UK have all reviewed Coral’s work.

Coral: "We started by looking at evidence for the effects of husbandry interventions to increase natural feeding behaviours in primates in zoos. Many practices in zoos, such as environmental enrichment, are designed to promote natural behaviours. Evidence from all around the world was included. Our assessment of interventions to help breed amphibians in captivity is also underway.” By searching for evidence for all possible interventions for each topic, the work also highlights areas where there is a lack of published evidence. This helps to direct future research.

The Whitley Wildlife Conservation Trust and Dartmoor Zoological Park are the only zoological collections in the country involved in the work at this stage, although the aim is to bring in other zoos to champion new topics and to add to the Management of Captive Animals synopsis of evidence.

Examples of evidence-based practice making a difference include the old practice of blood-letting, which was a common medical tool for hundreds of years but which was shown to be ineffective by scientific research. Closer to home, the idea that fruit grown for humans is too sweet and sugary for zoo primates is something many people found hard to believe when Paignton Zoo revealed that it was removing fruit from primate diets, but the evidence showed that primates on fruit-free diets have better health and are less aggressive.

So far the Conservation Evidence synopses have brought together scientific evidence from some 4,700 studies on the effects of over 1,200 interventions to conserve biodiversity. The aim is to list all realistic interventions for a species group or habitat and to describe each piece of evidence, including methods, as clearly as possible, allowing readers to assess the quality of evidence and to enable an assessment of the effectiveness of each intervention. For more information go to: www.conservationevidence.com.

Coral: “This work is likely to bring huge benefits for animal health, welfare, and even the survival of species themselves.”